A few weeks ago Dave took my by this barn. 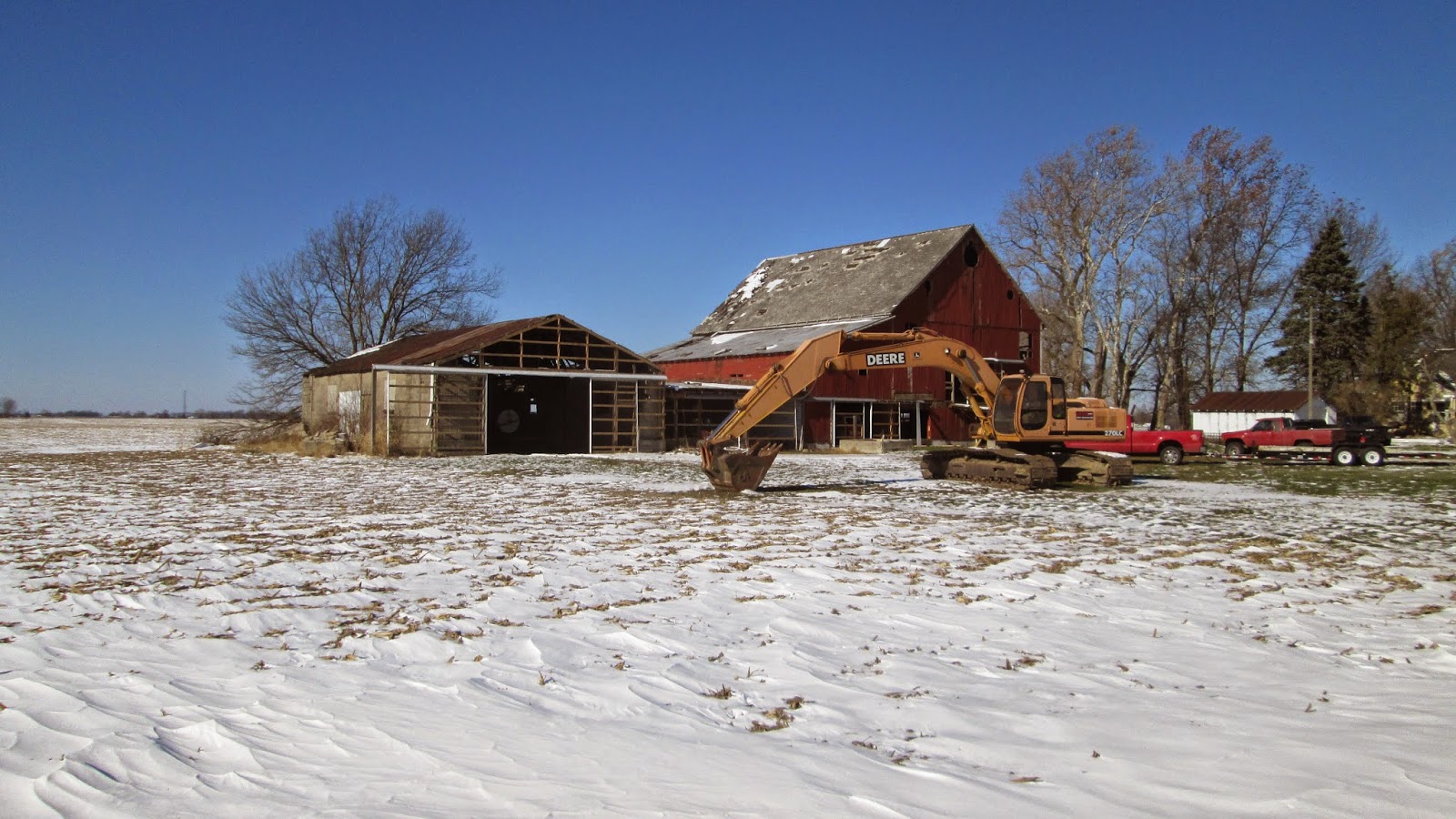 He thought since there was an excavator in front of it, the barn's life was doomed.  He had stopped a couple of times and knocked on the door to the house next to it, but never got an answer.  So, he came home, looked up the owners on the internet and called them.  A lady answered and said her son was taking care of the barn, and she would have him call. 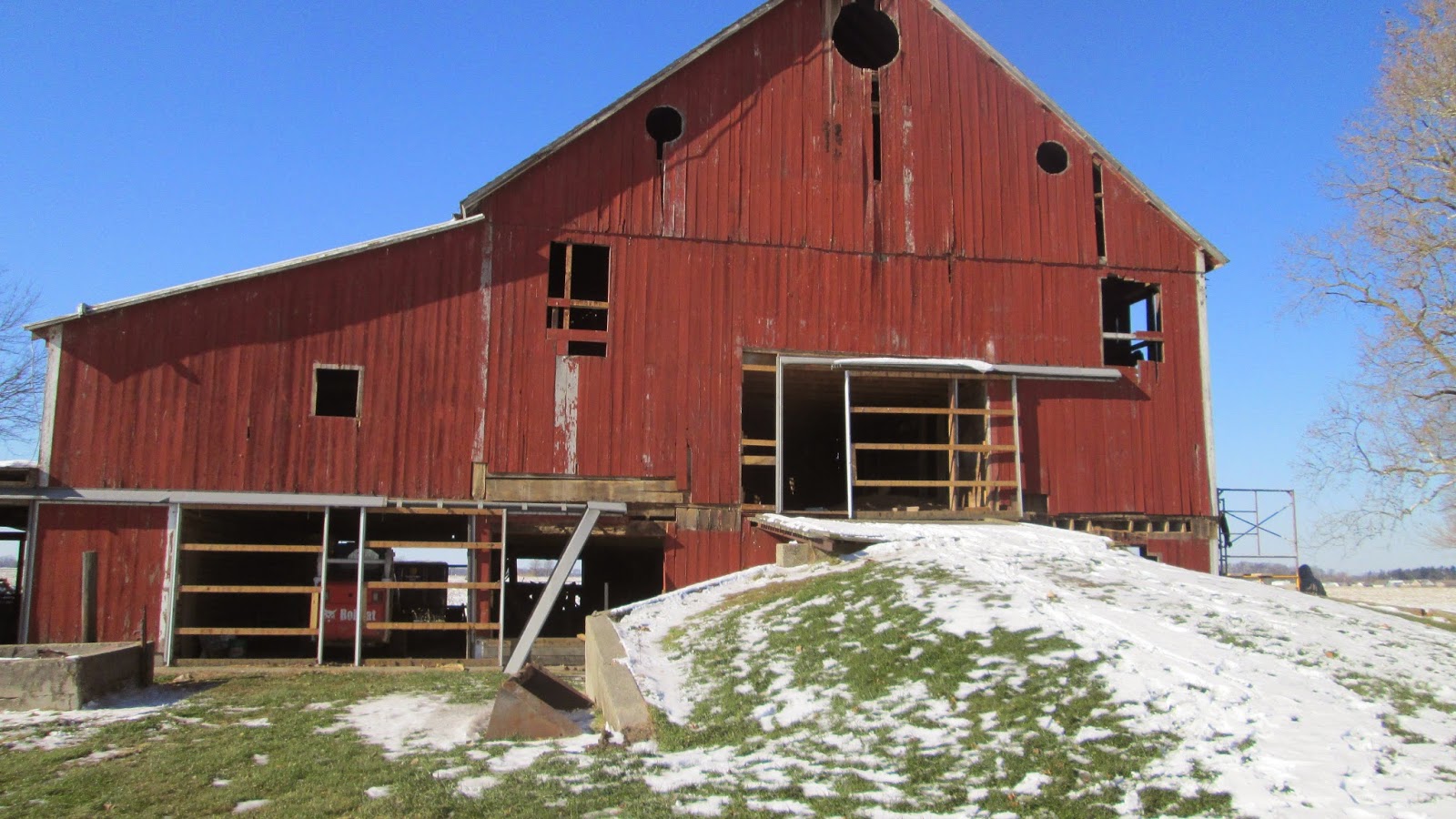 We waited.  And the weekend before Thanksgiving, on Friday morning, around 8:30, Dave's phone rang.  It was her son.  He said if Dave could get there, he was going to have a meeting and talk about the barn.  He said there were others that wanted wood.  I couldn't wait to hear what the meeting was about. 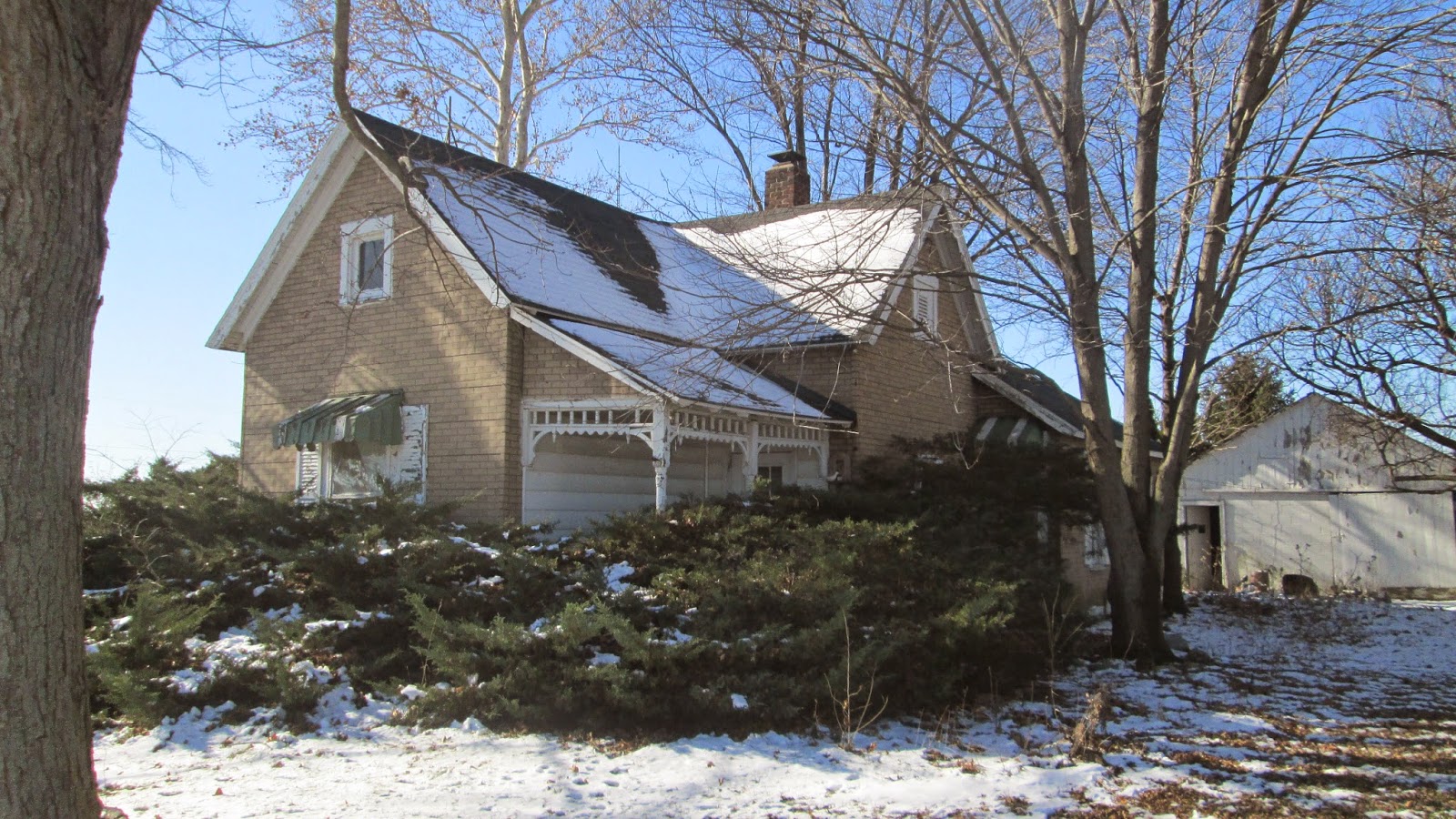 The guy was very nice.  The only people there was Dave and another guy.  Both wanting wood from the barn.  The owner said they could have whatever they wanted off of the barn, or the house, or inside!  His only stipulation is if they found something cool, or money, they had to call him.
Dave came home and got me and you can imagine my excitement getting to go through the house.  On the outside it didn't look too bad.  On the inside.... 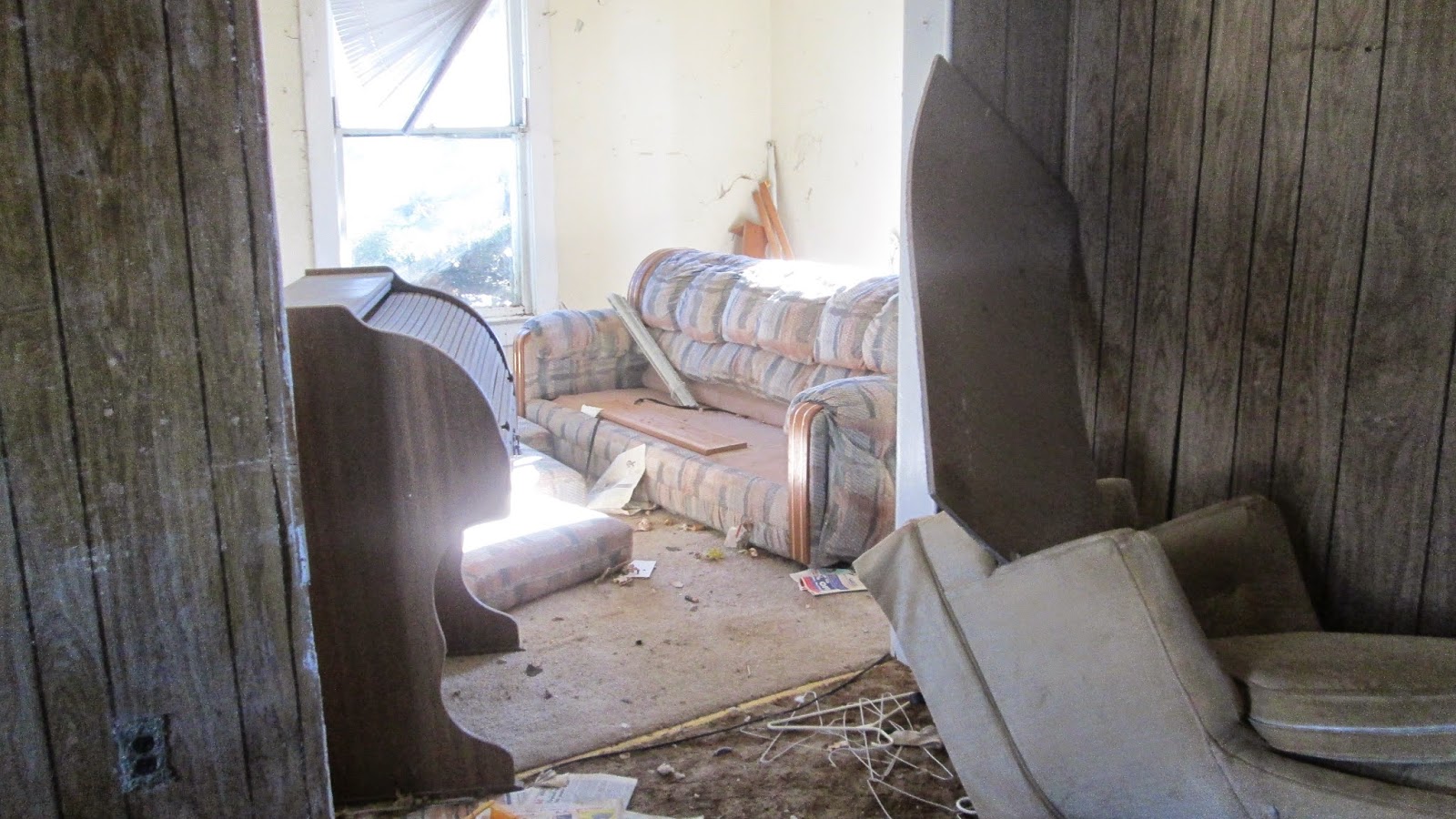 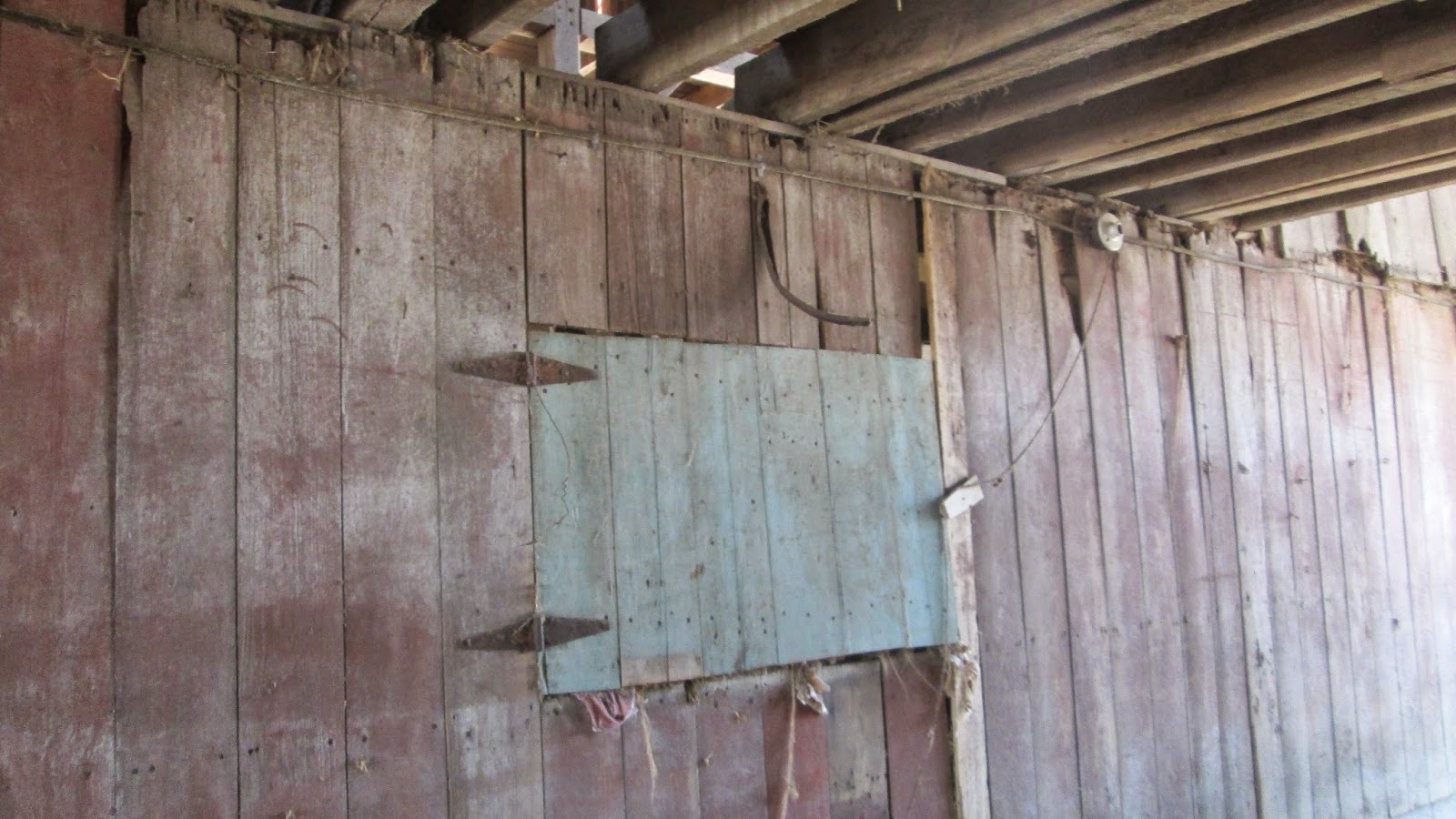 So Dave got to work immediately! 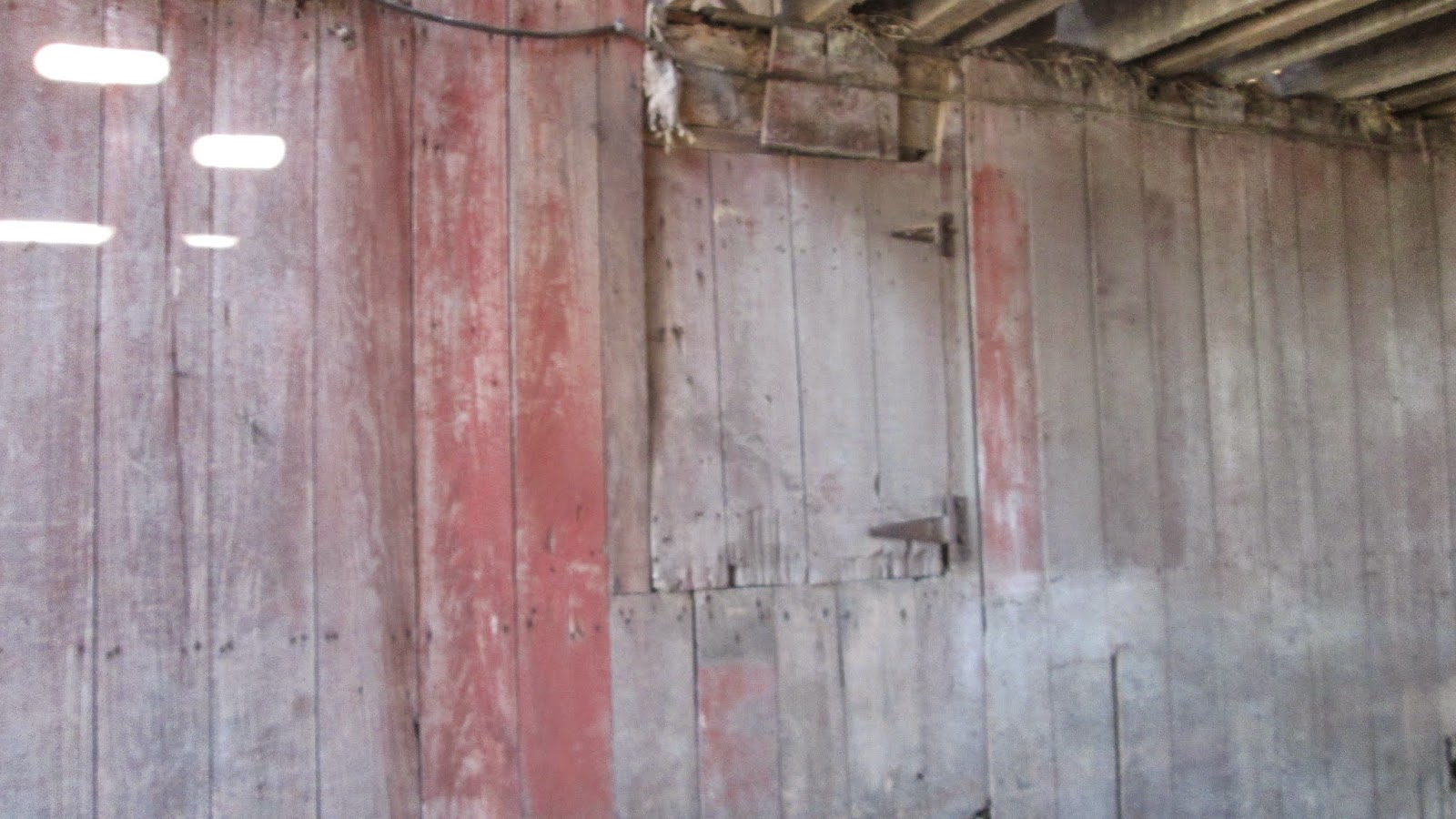 Can you just feel the life? 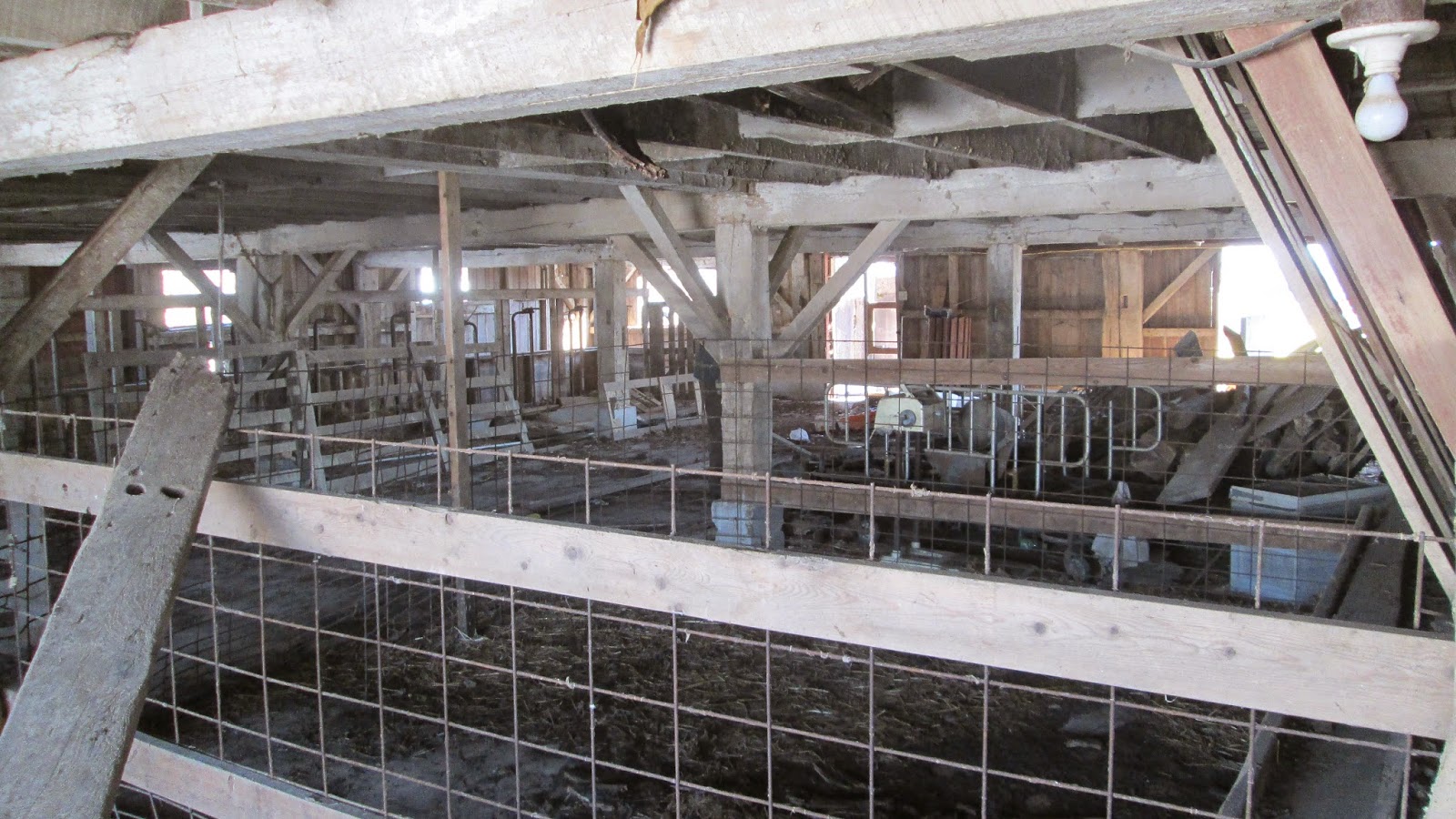 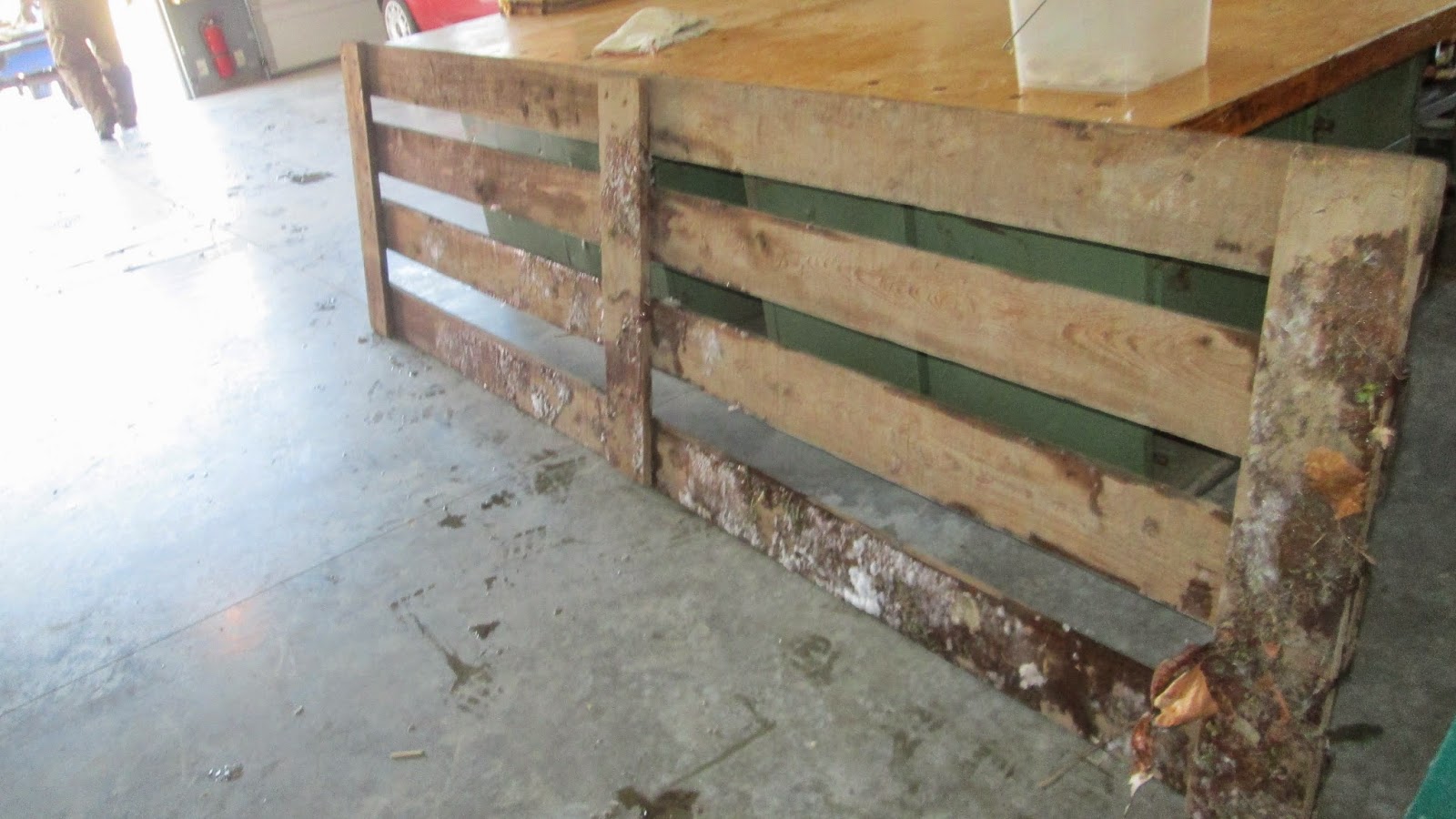 I was going out of town that weekend, so of course I was concerned for Dave working by himself at this barn.  He worked mostly on the second floor, and there were holes in the flooring as you can imagine.  Plus, oh how I wanted to help get that wood! 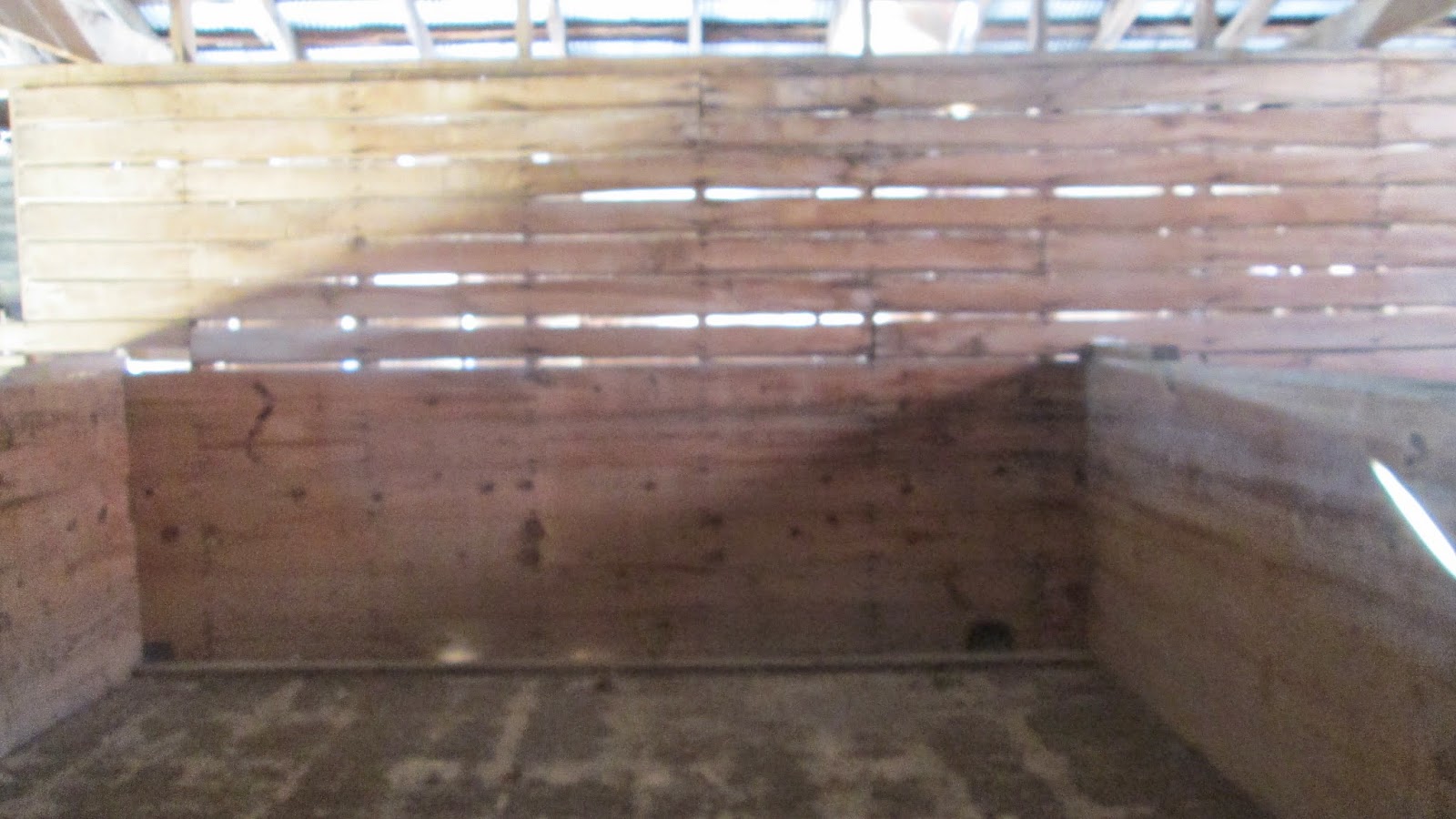 He worked hard all weekend long.  He let everything go but that barn.  The other guy had a "crew" with him!  Dave worked alone, and he got all of this tongue and groove pine wood. 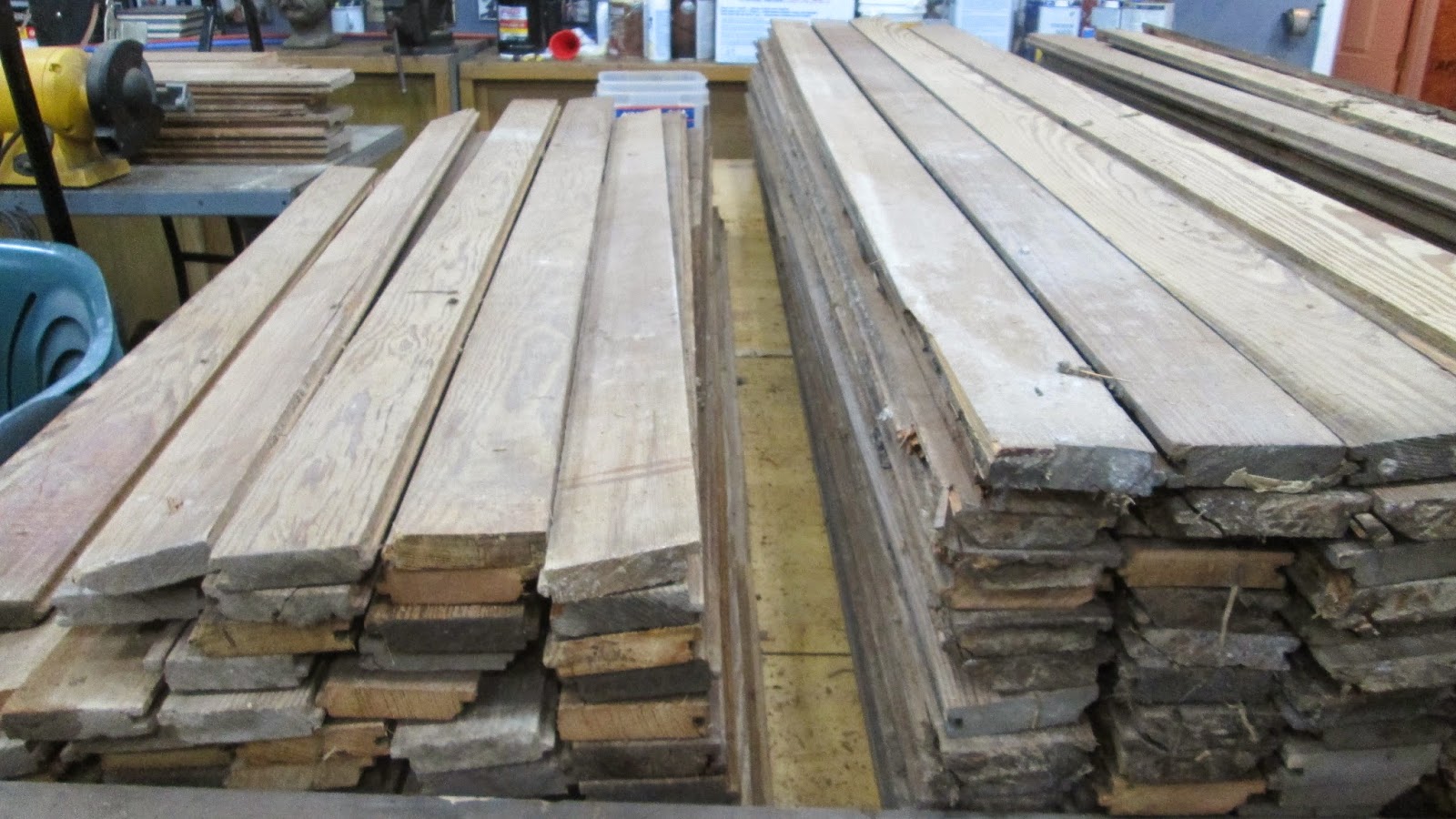 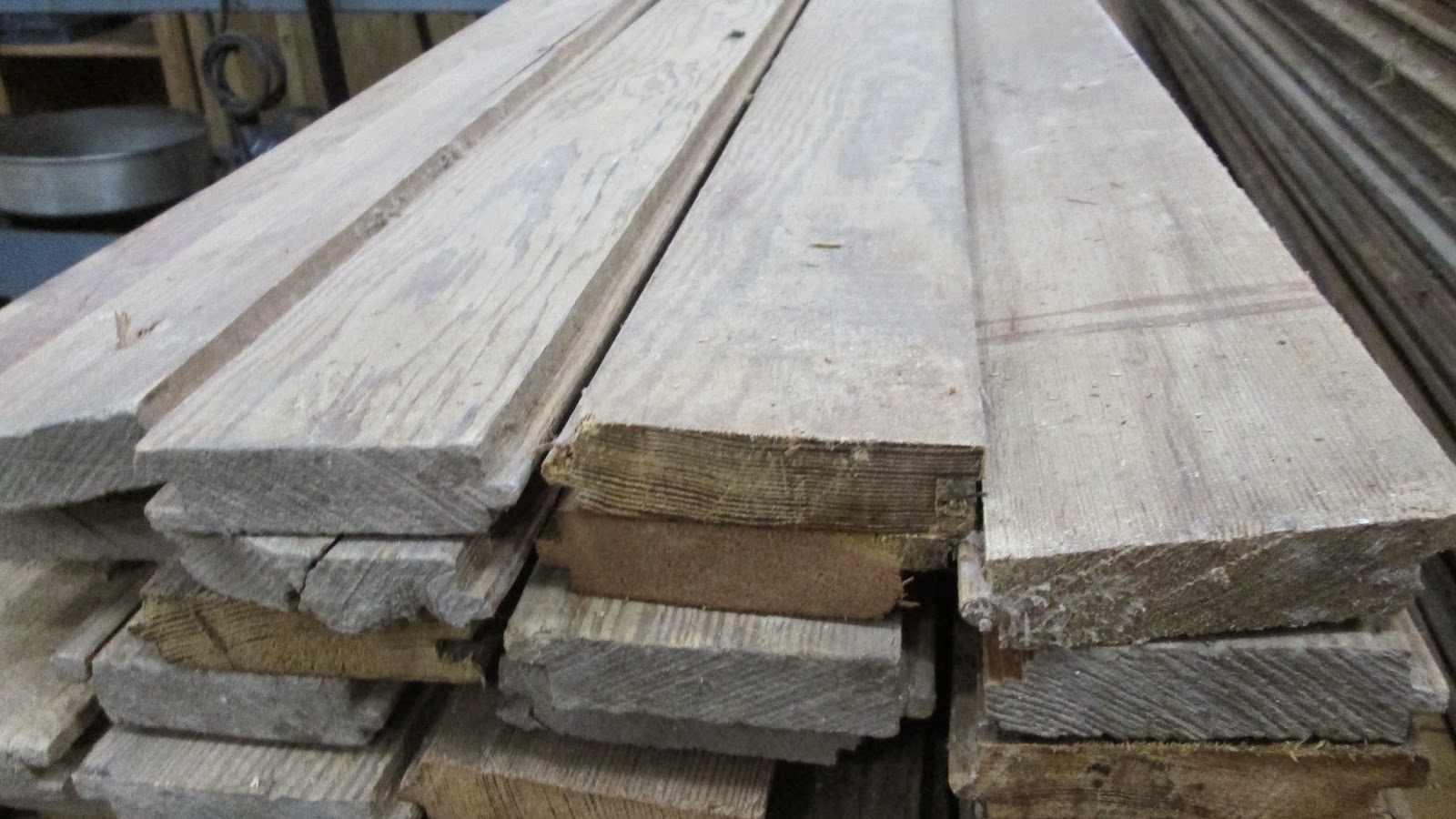 He also got just enough of this wood that was also inside the barn.

And he got this trim off of the house for me!  I LOVE IT! 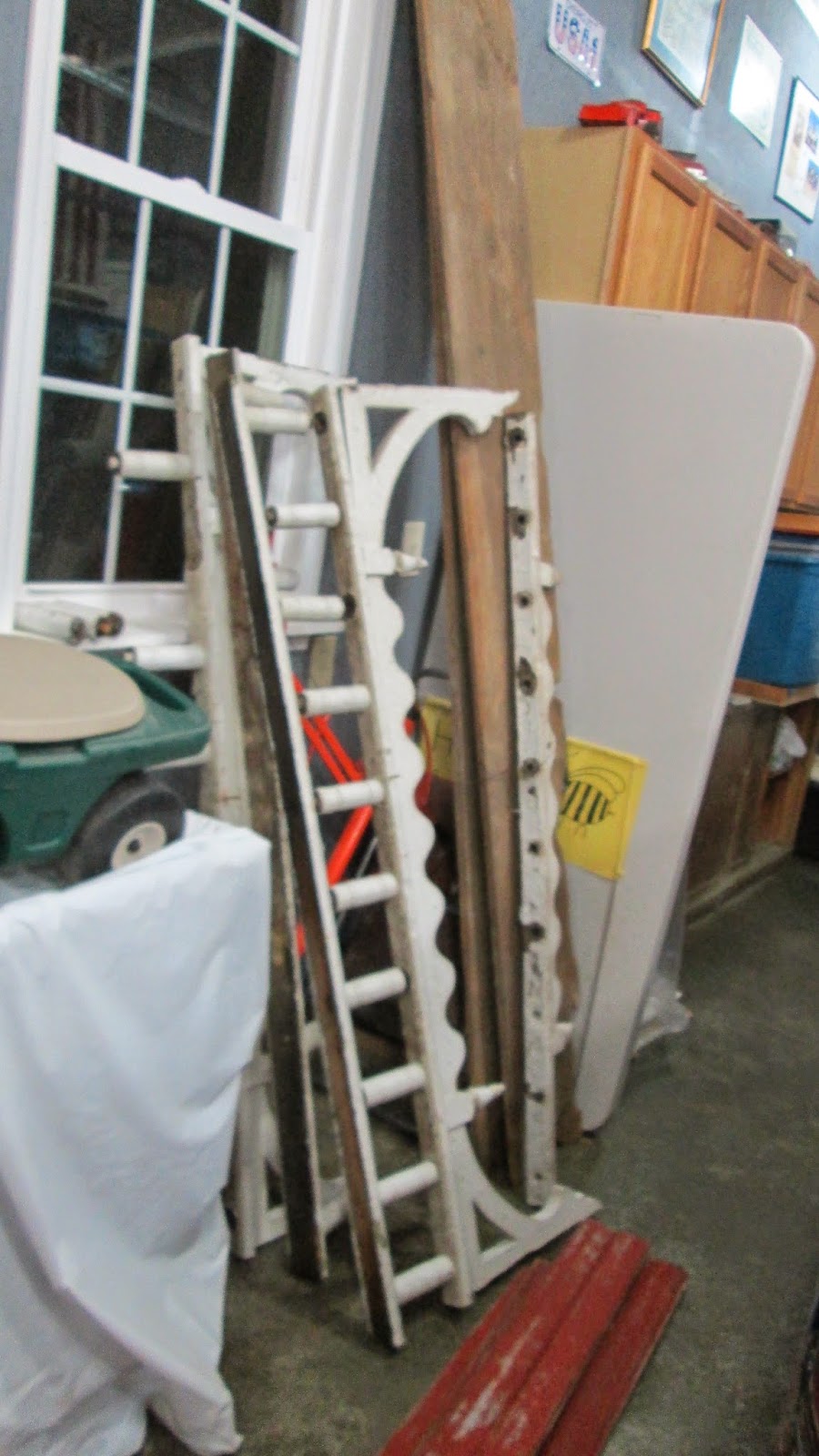 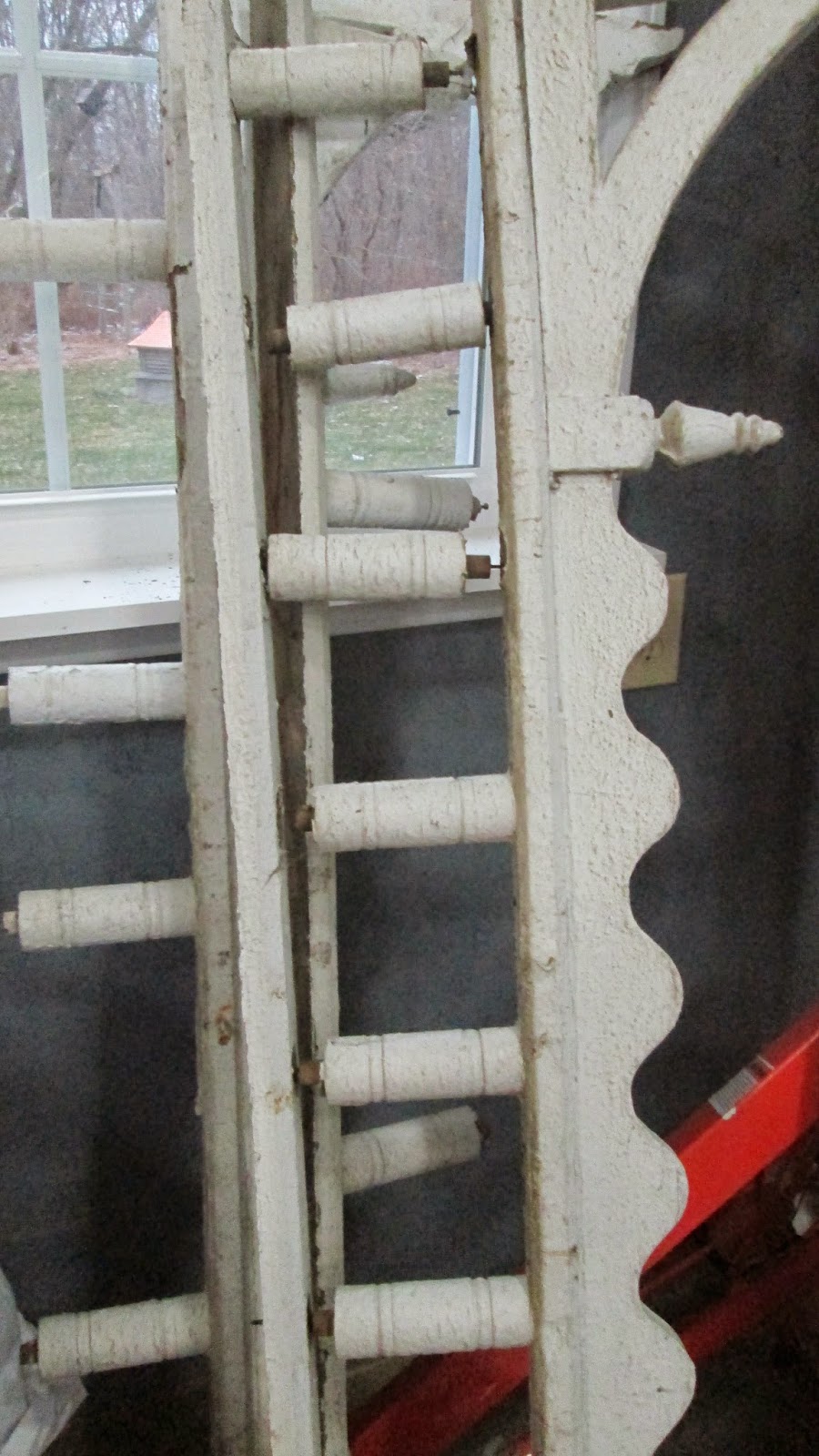 He was working in the breezeway at that particular time.  And he got to thinking...wouldn't that red wood look nice 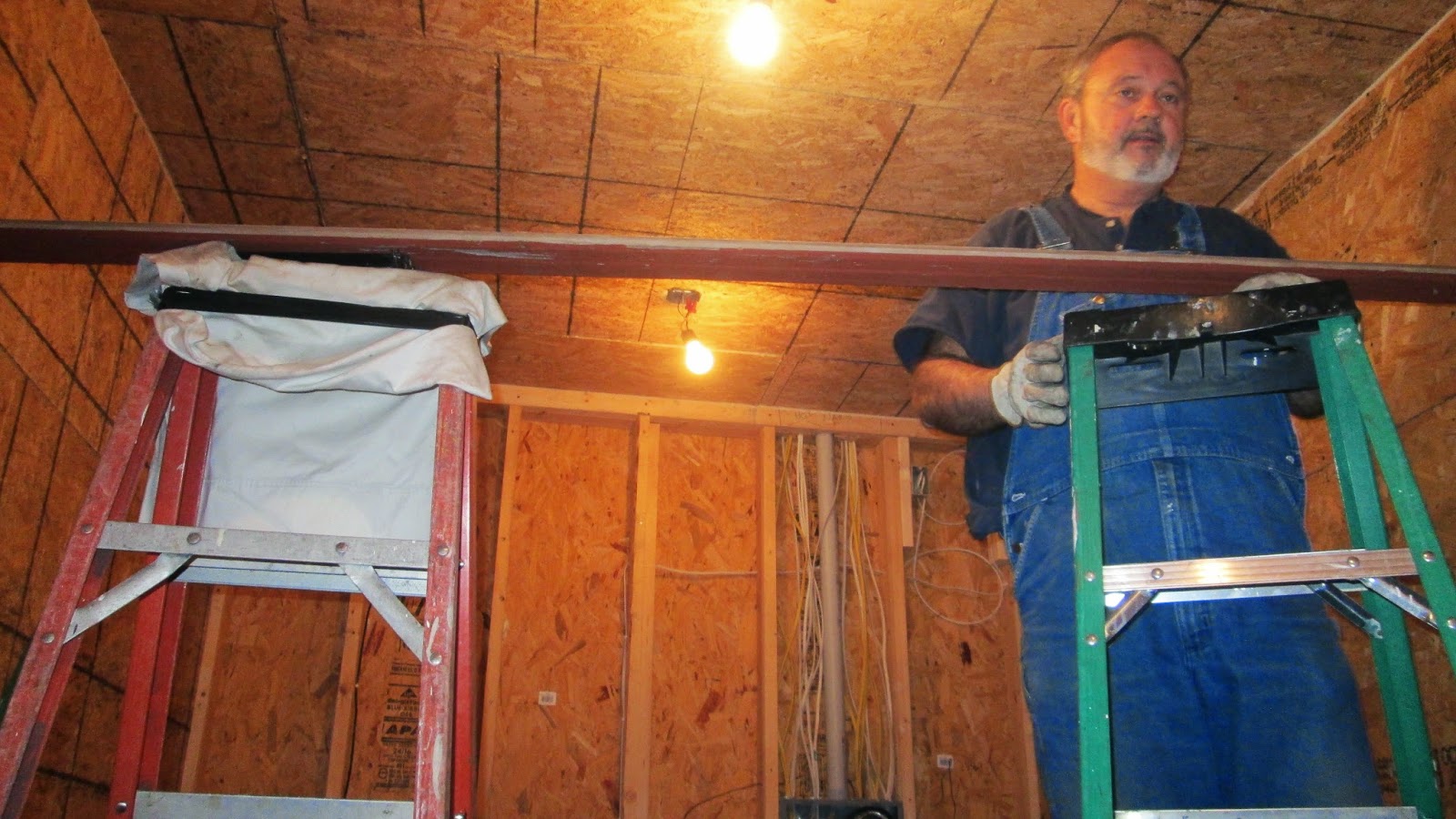 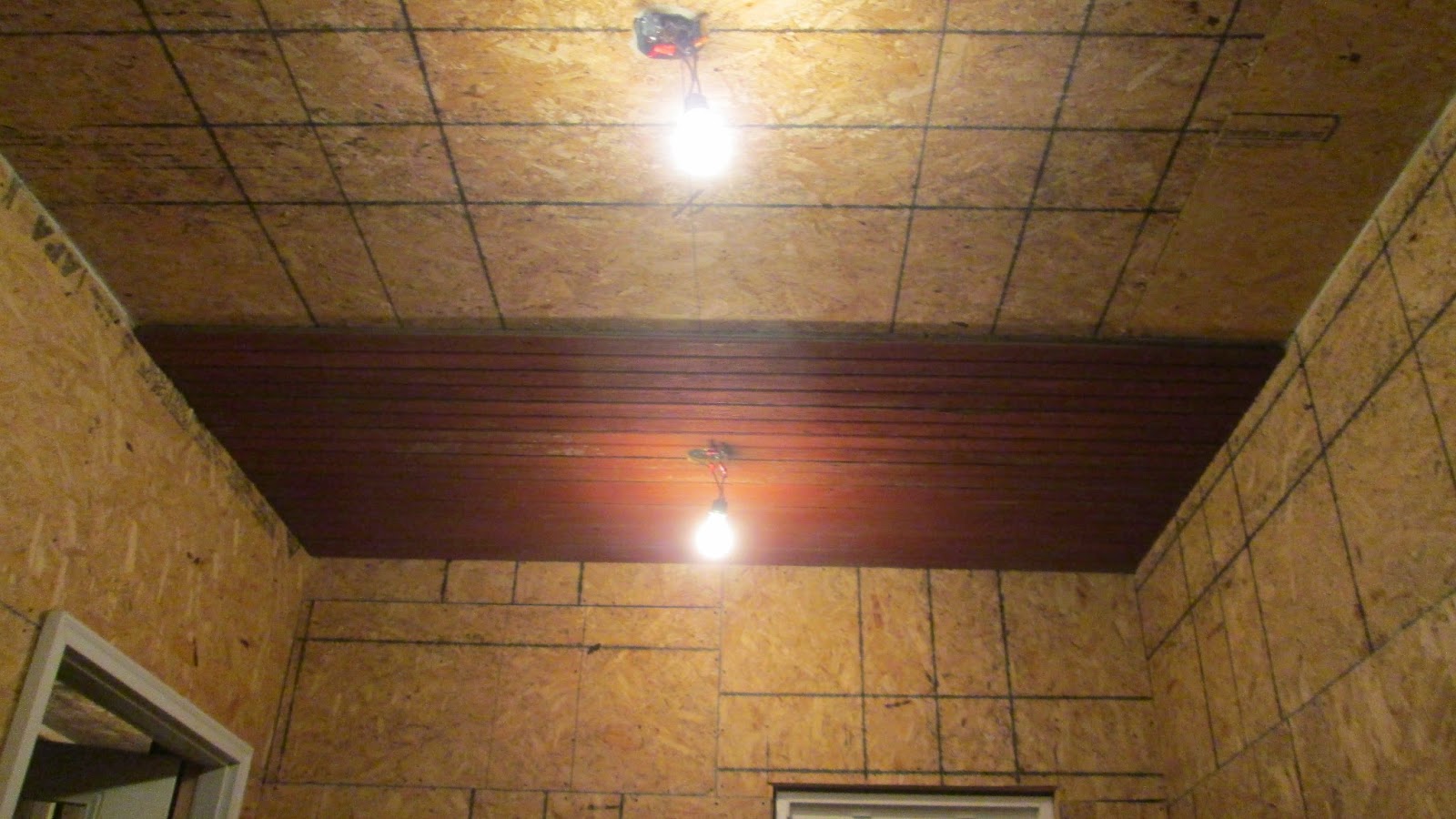 As a result, I learned how to use an electric nailer. 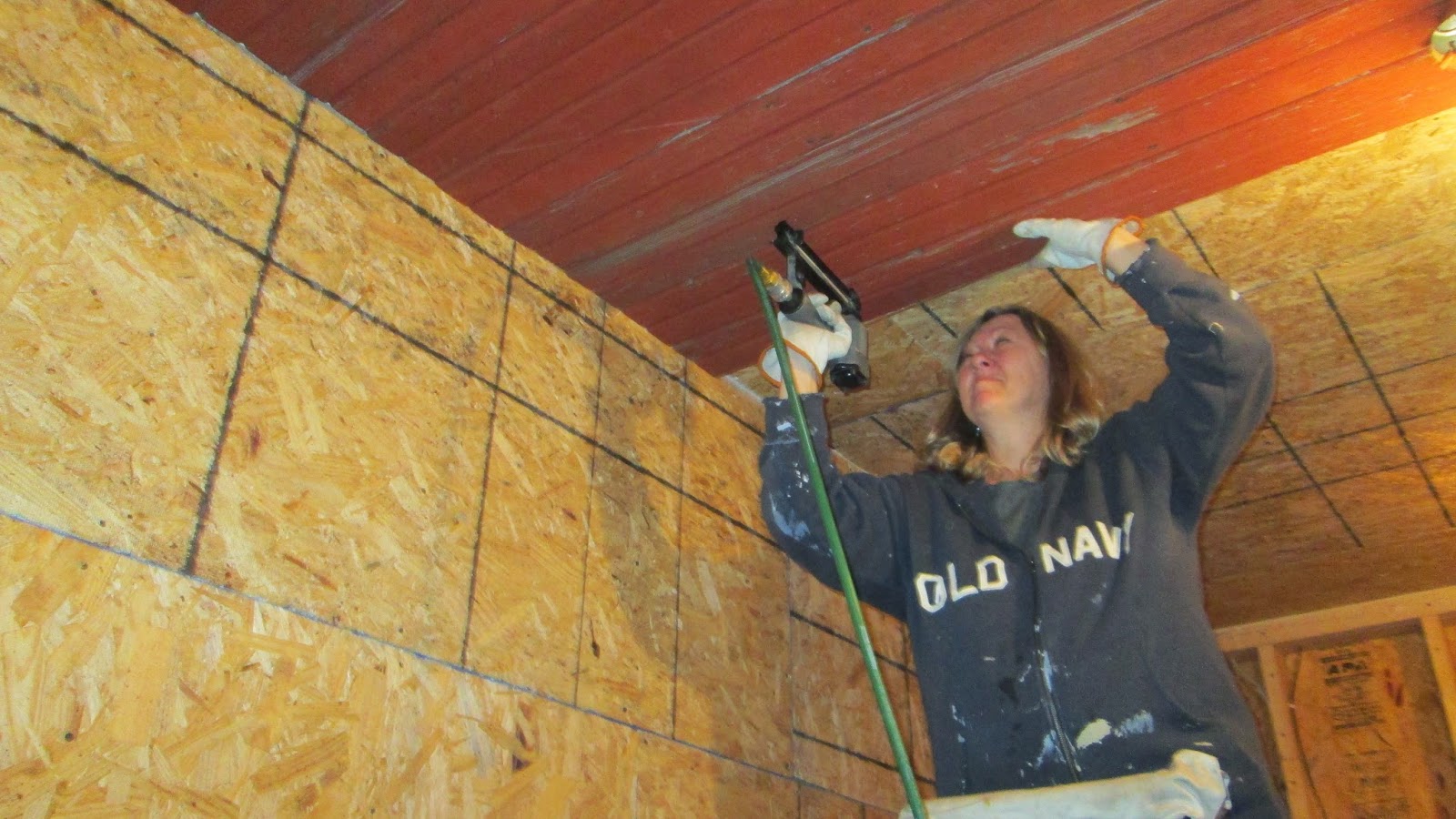 When we got to the very last piece, we wrote this on the back... 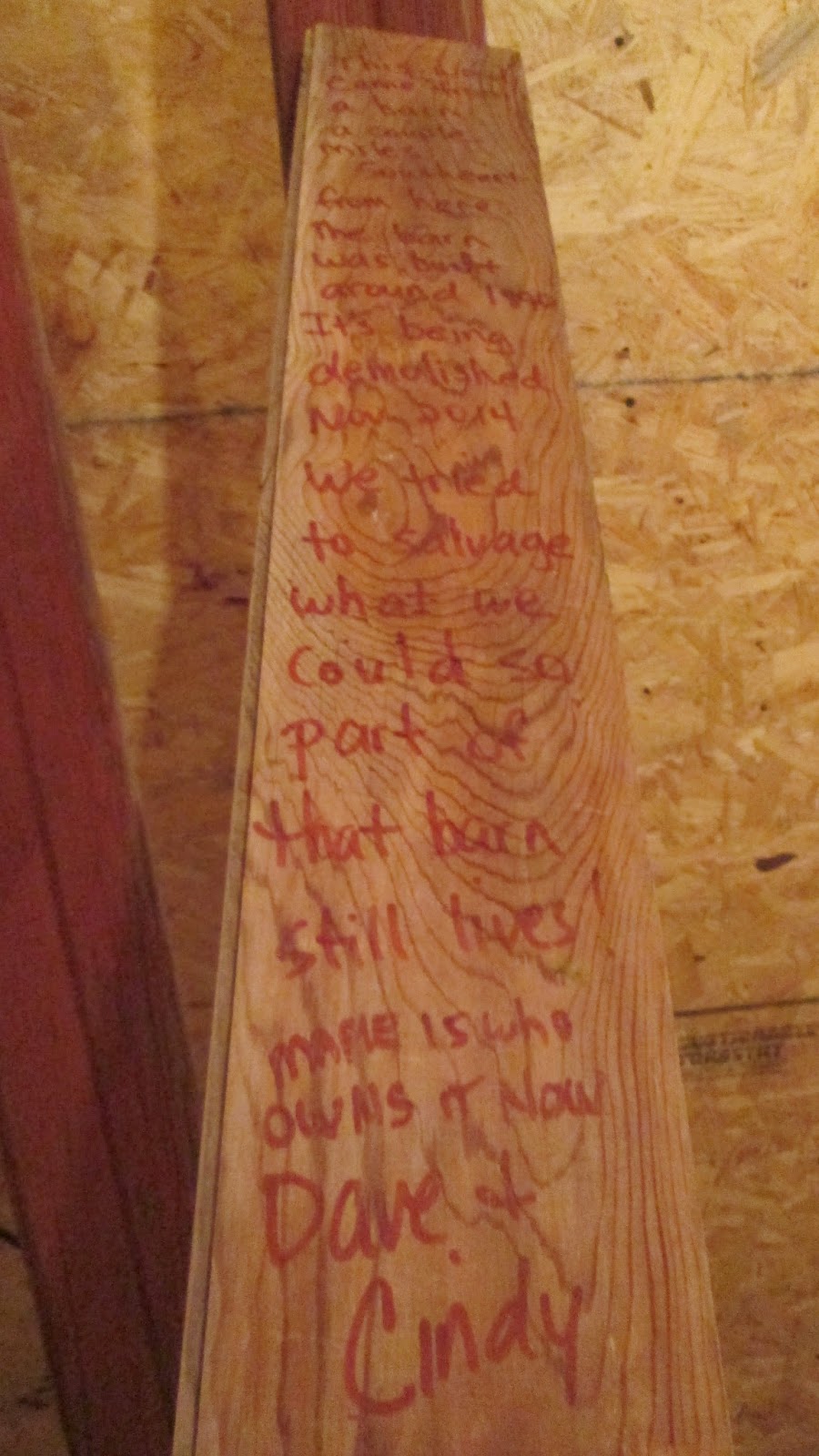 Here's what it says.
This wood came from a barn a couple miles southeast of here.  The barn was built around 1890.  It's being demolished November 2014.  We tried to salvage what we could, so part of that barn still lives!
Maple is who owns it now.  Dave and Cindy

TaDaa!!!  Here is the ceiling! 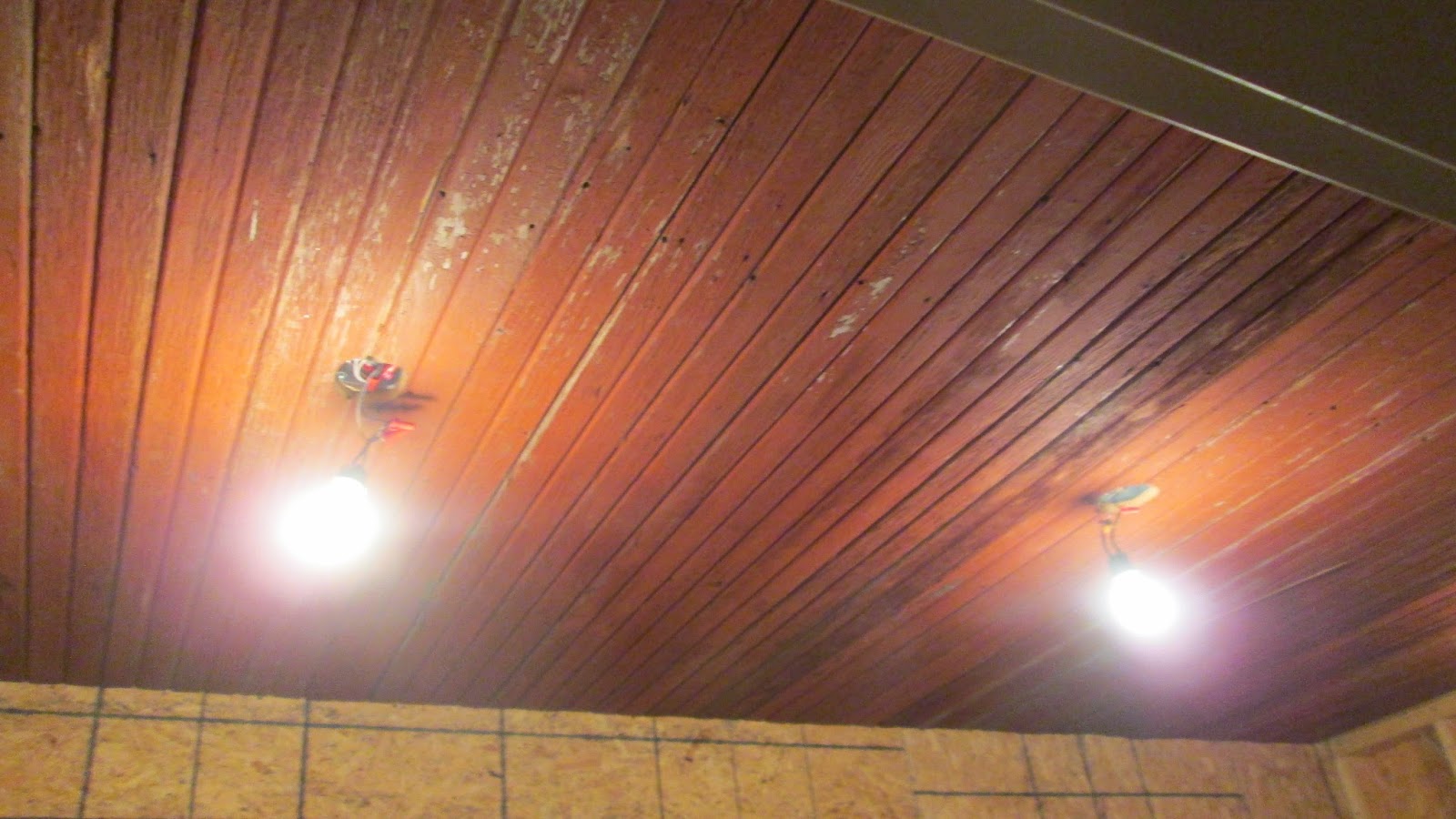 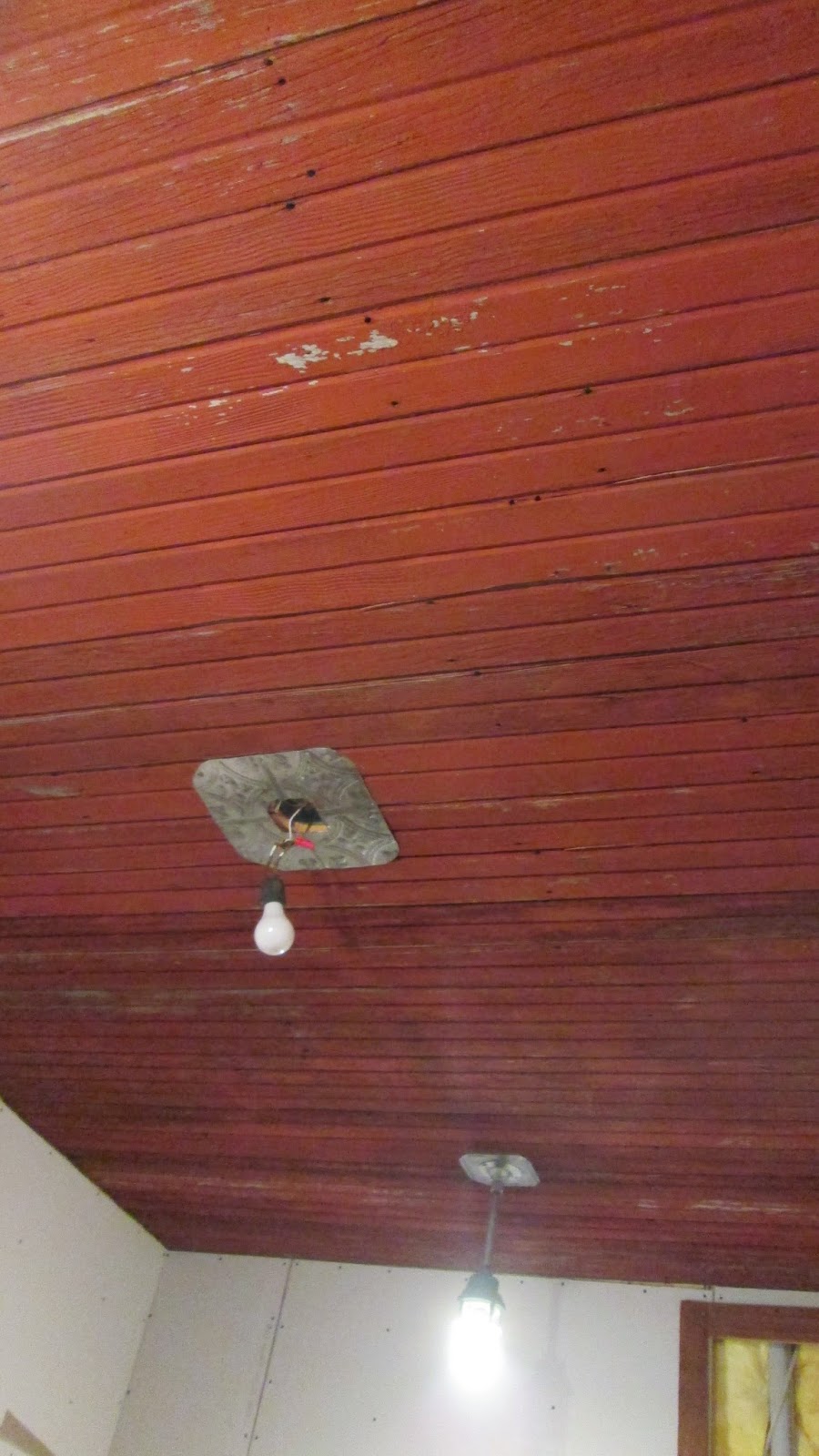 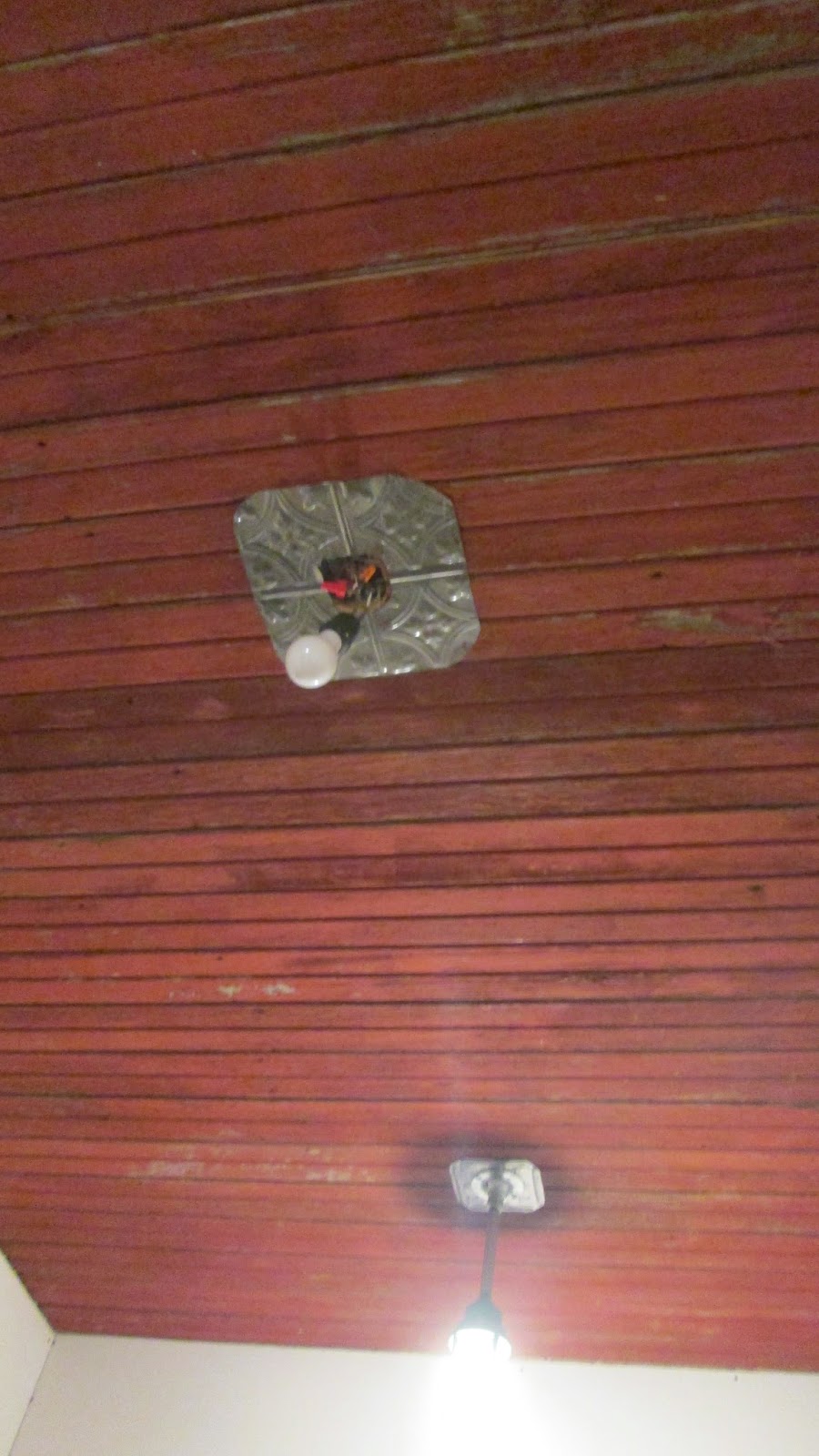 He also outlined this access area and breaker panel with some wood. 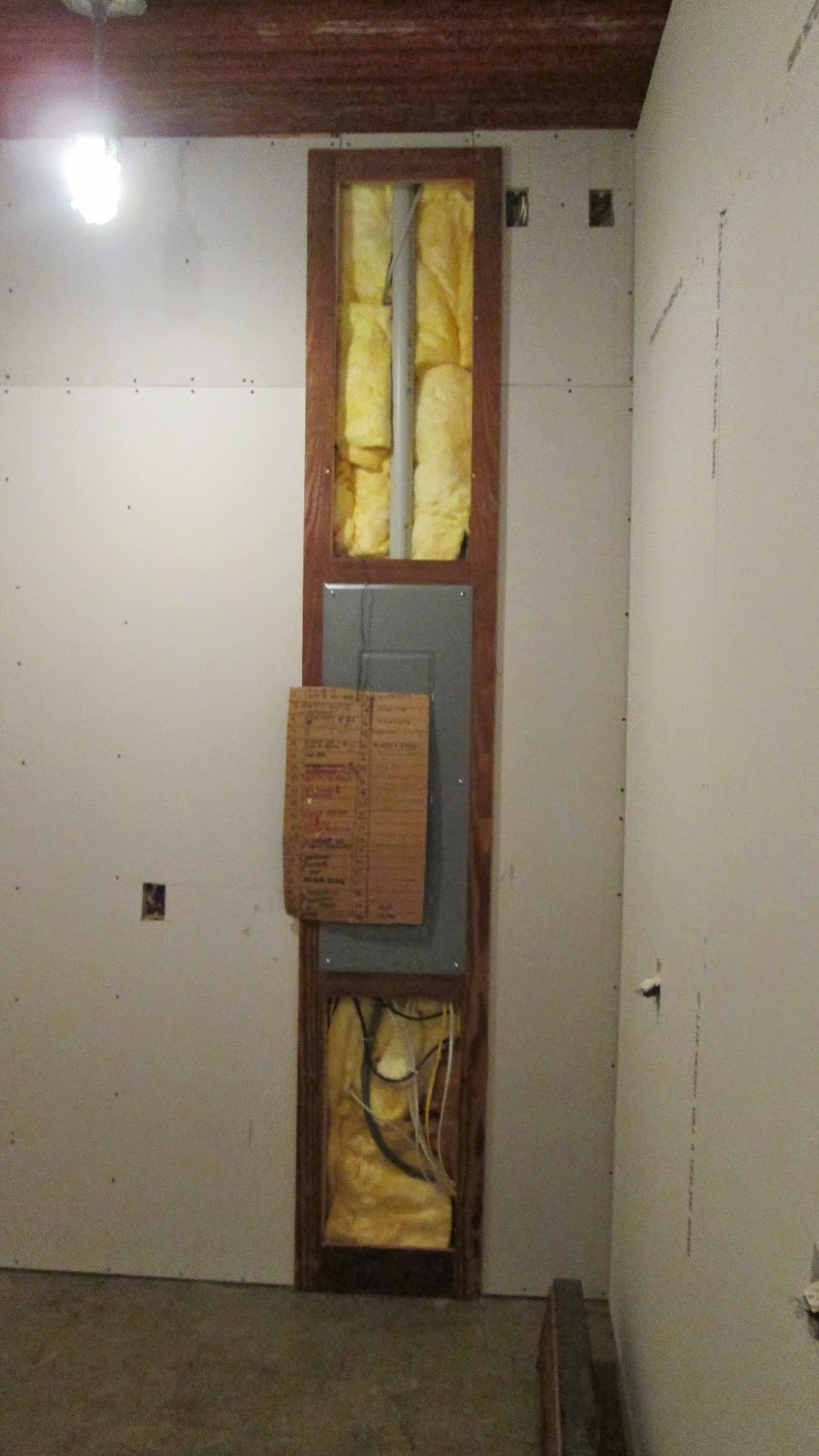 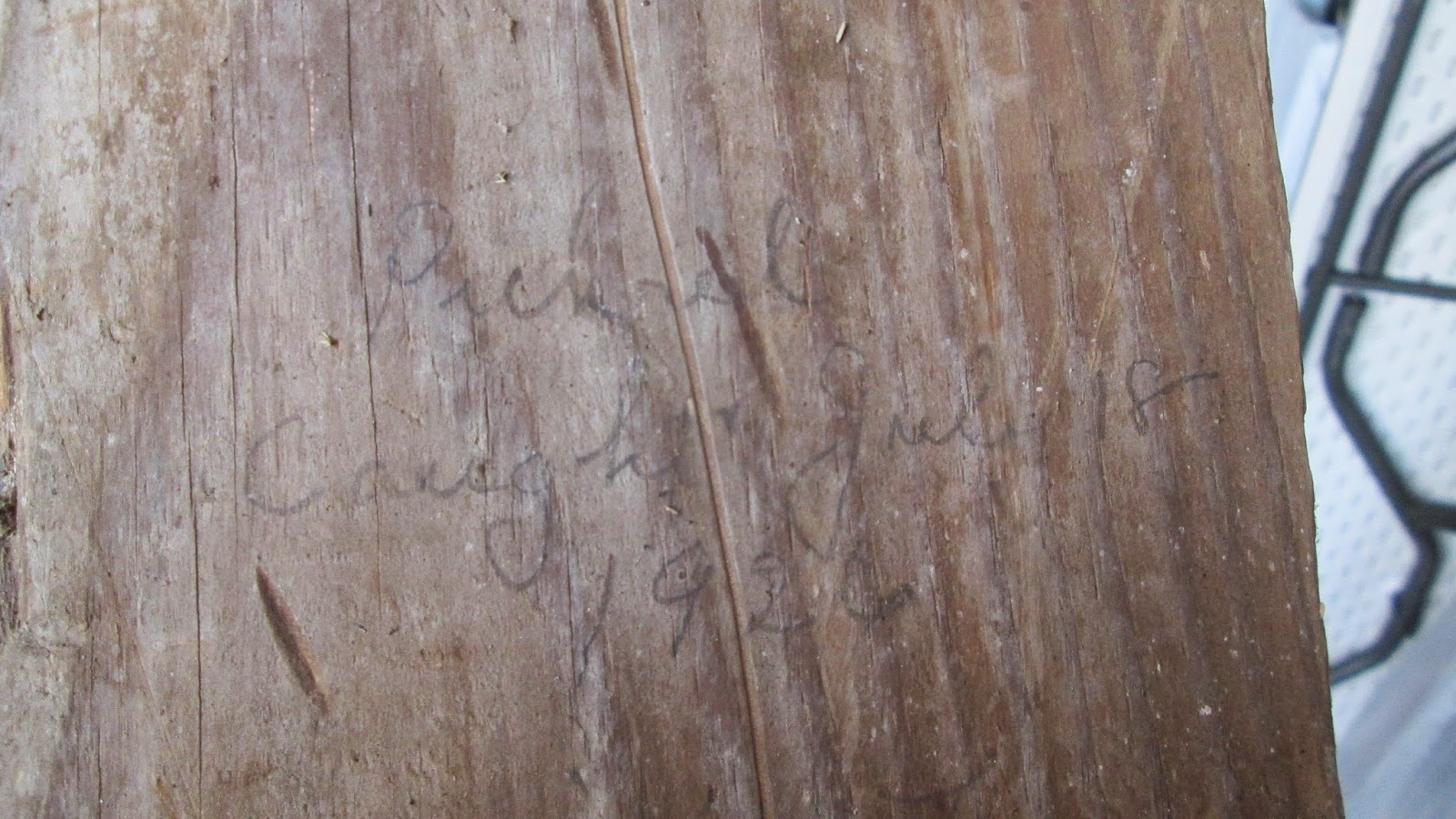 PS  Told you it was going to be a cool post!
PPS  Dave said he went by the site and you would never know there was a barn there.  I haven't been by it since that weekend, but I'll go by and get a picture.  (Sad face)