If you follow along on my other blog, you know the month of May has been overwhelming.
During it all,  we kept up on the 'house' stuff.  I didn't get pictures of everything, but I did get pictures of the fireplace we had installed. 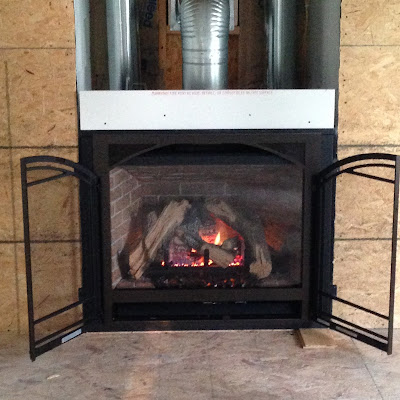 We had to get it installed so the dry wall guys could start!  Yes, we hired the drywall to be done. 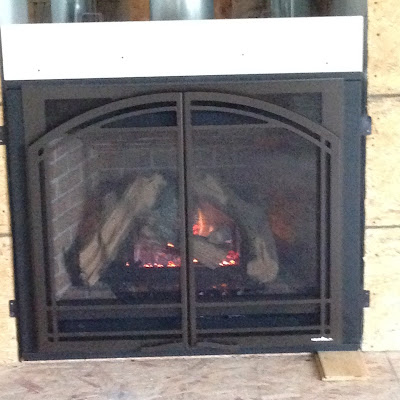 Another thing that had to be done, before the drywall guys could start was the entire main level had to be cleaned out.  So my cousin and her husband came and helped.  Vickie and I cleaned out the house while Dave and Robert insulated the stairway.  (Mom & Dad did the cooking!)

And Dave did finish this room about a month ago.  It's the breezeway.  I did show you some of the breezeway a few posts back. 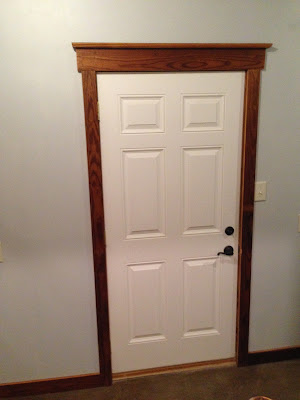 Most of the wood in this room was reclaimed. 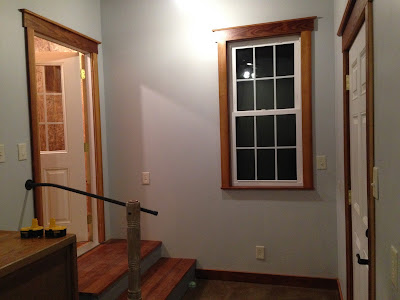 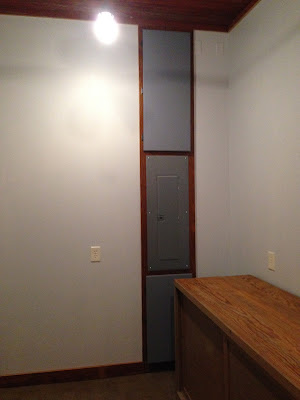 this (below). And the middle grey panel is the electric panel. 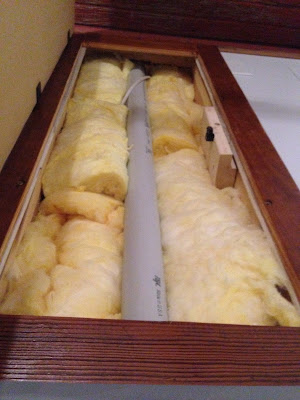 Here is a pic of the ceiling in case you forgot about the reclaimed barn wood we put up. 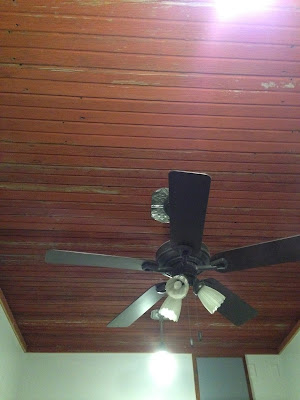 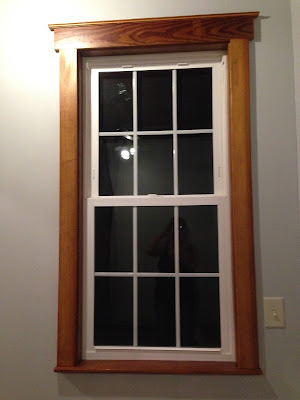 Even the steps are reclaimed wood.  The post came from an old house that was being torn down for the highway.  The breezeway has a bit of an industrial look to it. 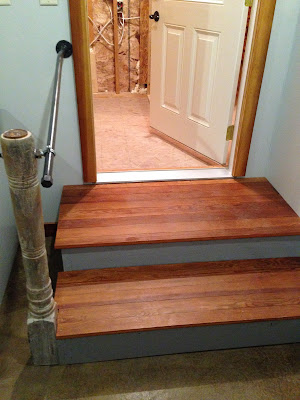 On top of the post is this old souvenir penny.  Dave has had it for years and years. 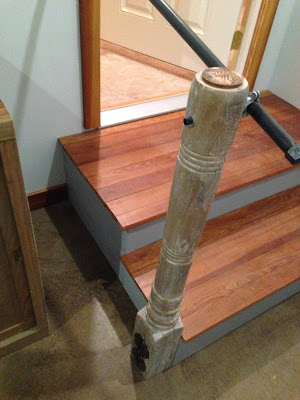 It belonged to his Dad, who used to collect them as souvenirs on vacations. 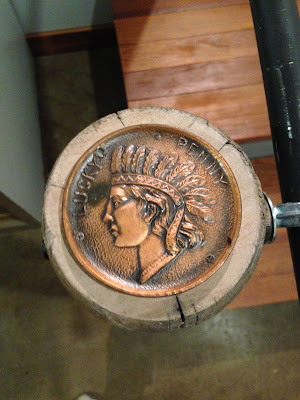 Since I took these pics, Dave has done a little bit of decorating in this room.  I'll show you that later.

The drywall guys started Friday.  They were scheduled to start Tuesday, but as construction goes, it's always over budget and never on schedule.  So, Friday morning they came and were rockin' for about an hour.....then we lost power!  No storm, no wrecks, no blown circuits.  Dave did some investigating and found out that some box on the electric pole outside was busted and just hanging there!  So, all but one drywall guy left!  The one stayed because he could do some hand work, and didn't need electricity.  I asked Dave if there would be enough hot water in the hot water heater to take a shower.  "Sure", he said.  So I got in the shower, made sure I was going to have water before lathering up.  No problem.  Lathered up, washed my hair, put conditioner on it and was all soaped up when BAM!  No water!  Nary a drop.  So I got out, called Dave who was off visiting the neighbors.  He came home and said, "I forgot, the well pump is electric."  So, he went to the flowing well we have and got me some ICY ICY COLD water in a bucket so I could rinse the soap off, and the conditioner out of my hair.  About an hour later our lineman showed up and fixed the box on the pole.  He said they bought a bunch of cheap power boxes from Mexico and they are all randomly breaking!  What a day and it was only 11:00 AM!