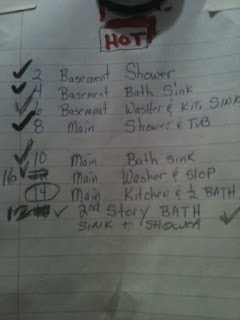 This is called pex - this white tubing stuff.... 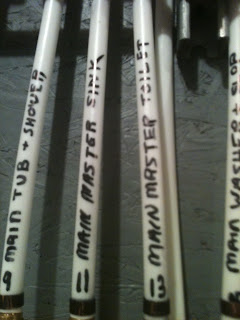 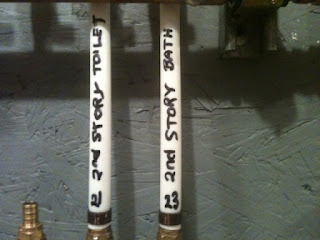 So we had to figure out where we wanted the tub, toilet, and sink, in the upstairs bathroom. Way upstairs bathroom....as in 2nd story. We already figured out the main bathroom. AND because of the placing of the toilet in the 2nd story bathroom, we have to move the door entryway. But we'll do that later. Way later.

So, when you consider all of the water faucets in the house, you have a mess like this. Which explains why we are not moved in yet. 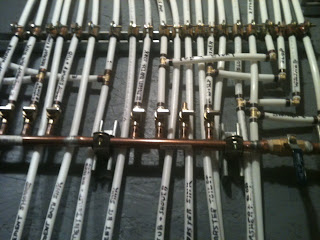 My husband did all of this. I'm amazed. 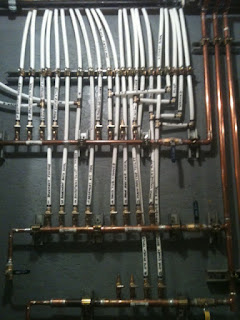 And last Saturday we decided to paint the West end of the house, again, as we sang "we are stupid" to the tune of "Alleluia!" We should have painted it with paint to begin with. We have put so much money into this end of the house that we could have had it sided several times over.
So anyway, this is what it looked like after going through one winter of the linseed oil/turpentine mixture. Not good. 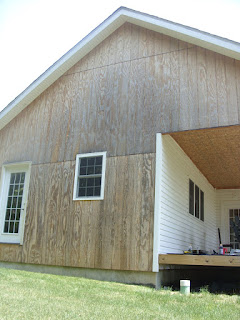 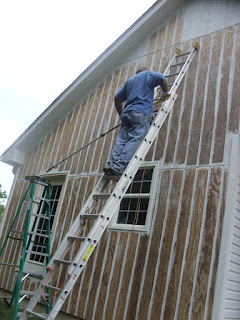 And because we used linseed oil on it, we had to use oil based primer on it. 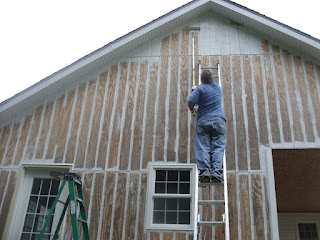 What a mess. We had paint all over us. And we went through two gallons of primer. When I realized at 5:00 pm that we needed another gallon, at approximately 40 bucks a gallon, I called Mom and Dad. They went to Sherwin Williams, which closed at 6:00, got the primer, and brought it to us, just in time for it to start storming! 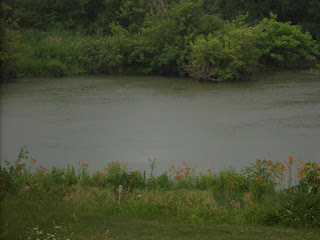 I am not kidding. We haven't had rain for six weeks. The grass breaks when you walk on it. And we got a storm, that lasted about 20 minutes! 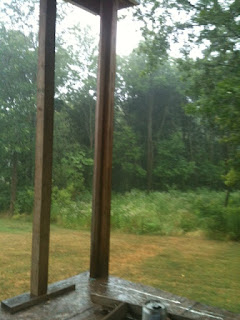 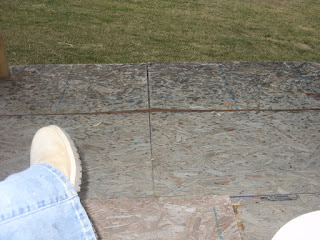 Long enough to get the side of the house wet. We had to stop painting for the night. 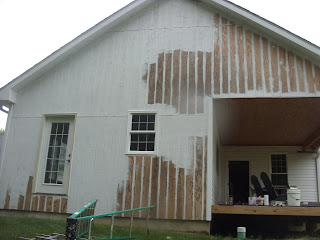 Dave is on vacation this week, so we got back to it on Monday and finished it late Monday evening. 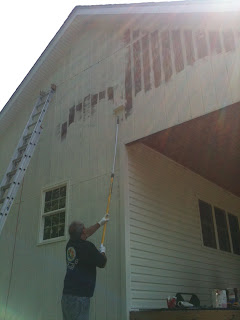 I never want to paint this end of the house again. 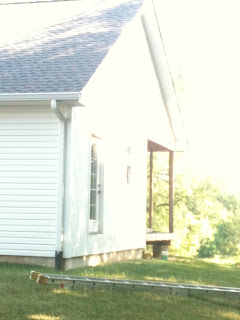 EVAH! You hear me? 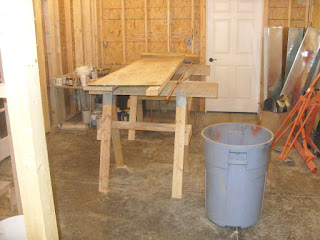 And we got this room cleaned up. I failed to take a picture of it beforehand, but if I looked hard enough through some old pics, I might be able to find one. But I'm not going to. I'm too tired! You'll have to take my word for it. And Gloria's, and Mom & Dad's. They saw it. They know it was a mess. 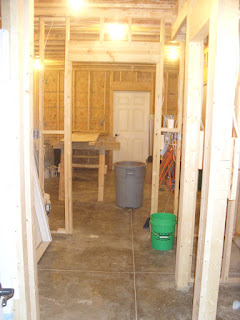 So now that the end of the house is done, the pex are installed, and this room is clean enough to walk through, Dave is hooking up the water heater and the water softener.

And that is what's up folks. 'Cept for me working in my craft room, which I will show you later.