We are moving along now....

Since Dave has been on eight hour days, and afternoons, he wakes up and starts working on the house.  I'm home to help whenever possible.  So, we have gotten quite a bit done in the last month.
The plan is to move upstairs this summer!  We'll see how it goes.
So....
The insulation in the attic is completed. 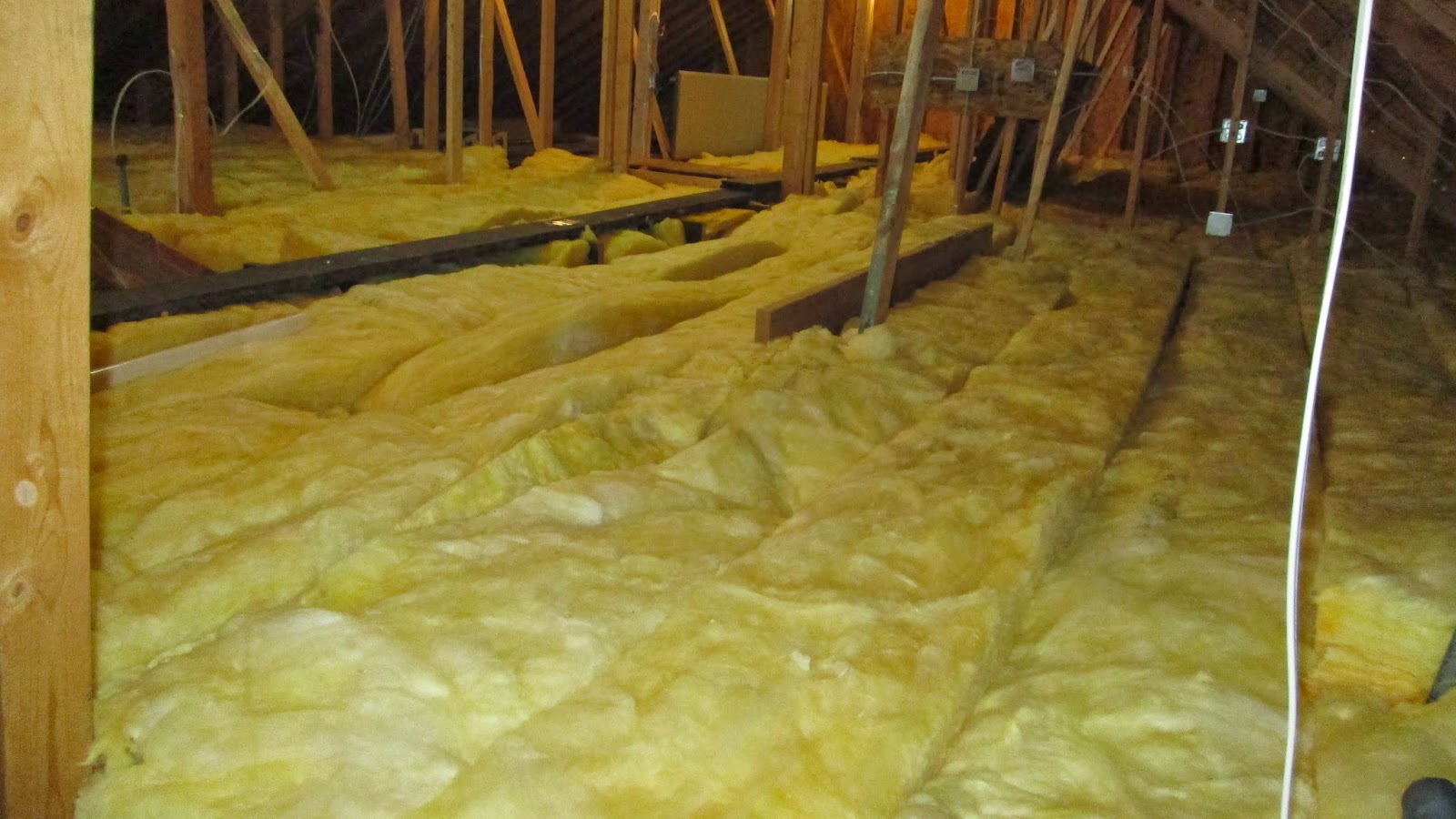 For those of you who know R values, this is an R value of 50.  We are on a hill and it is windy.  I think normally the R value would be 25, which is one layer, but we added an extra layer and crossed it the other direction over the first layer.  I was glad to finish this before summer heat arrives. 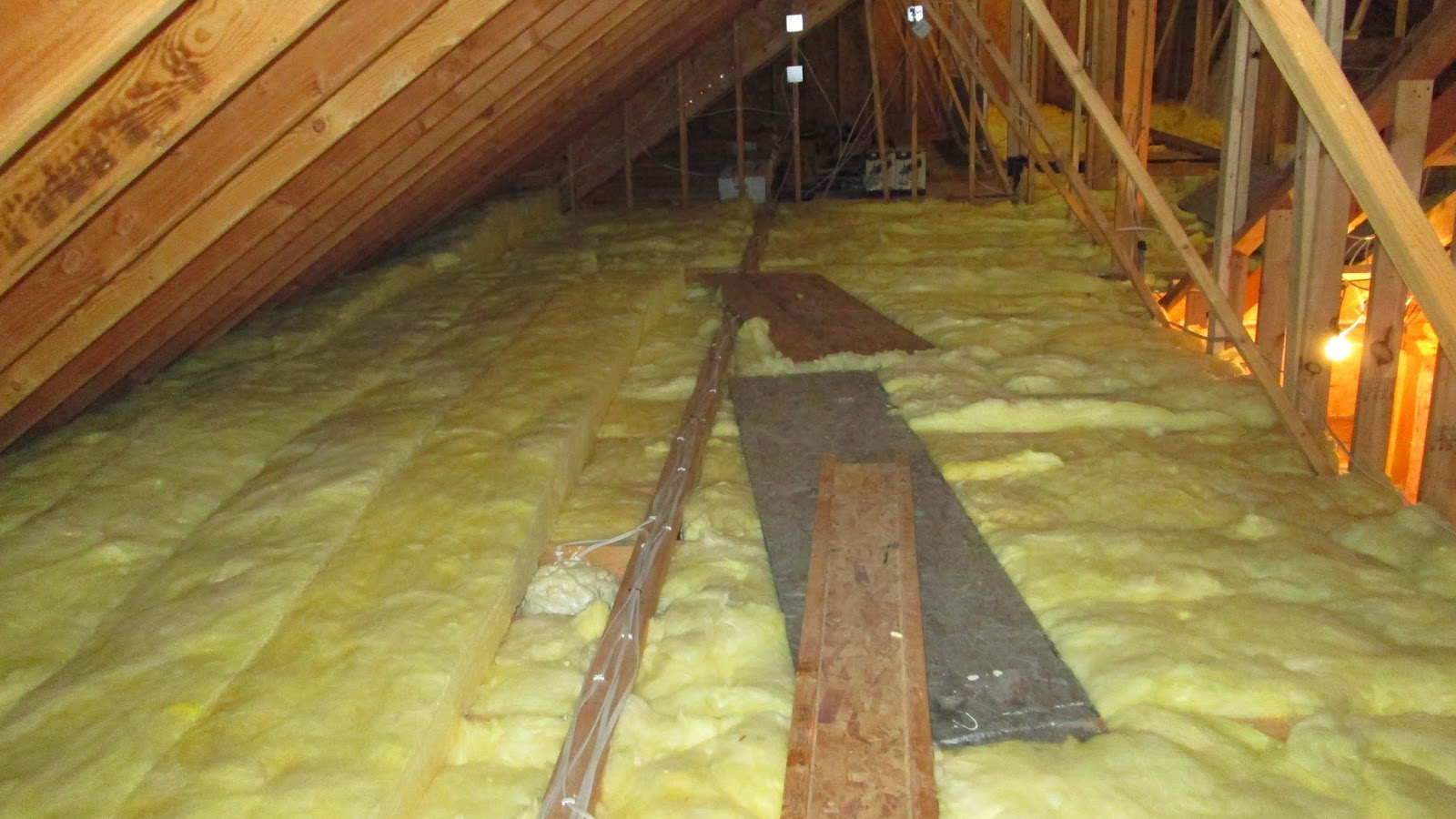 It's one big sea of insulation. 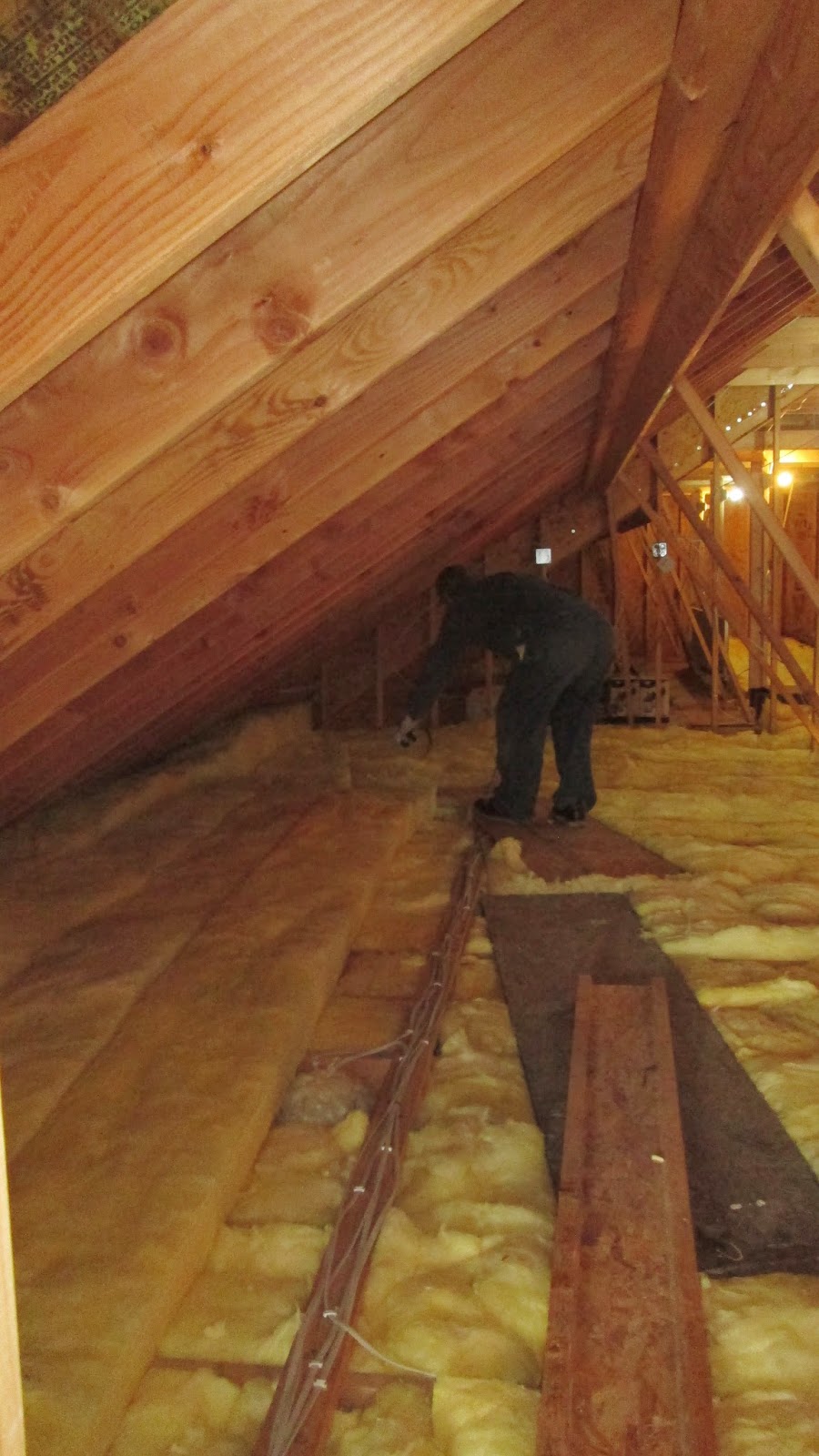 And for the record, do not walk on this stuff, because there is some plumbing and vents and such under the insulation. 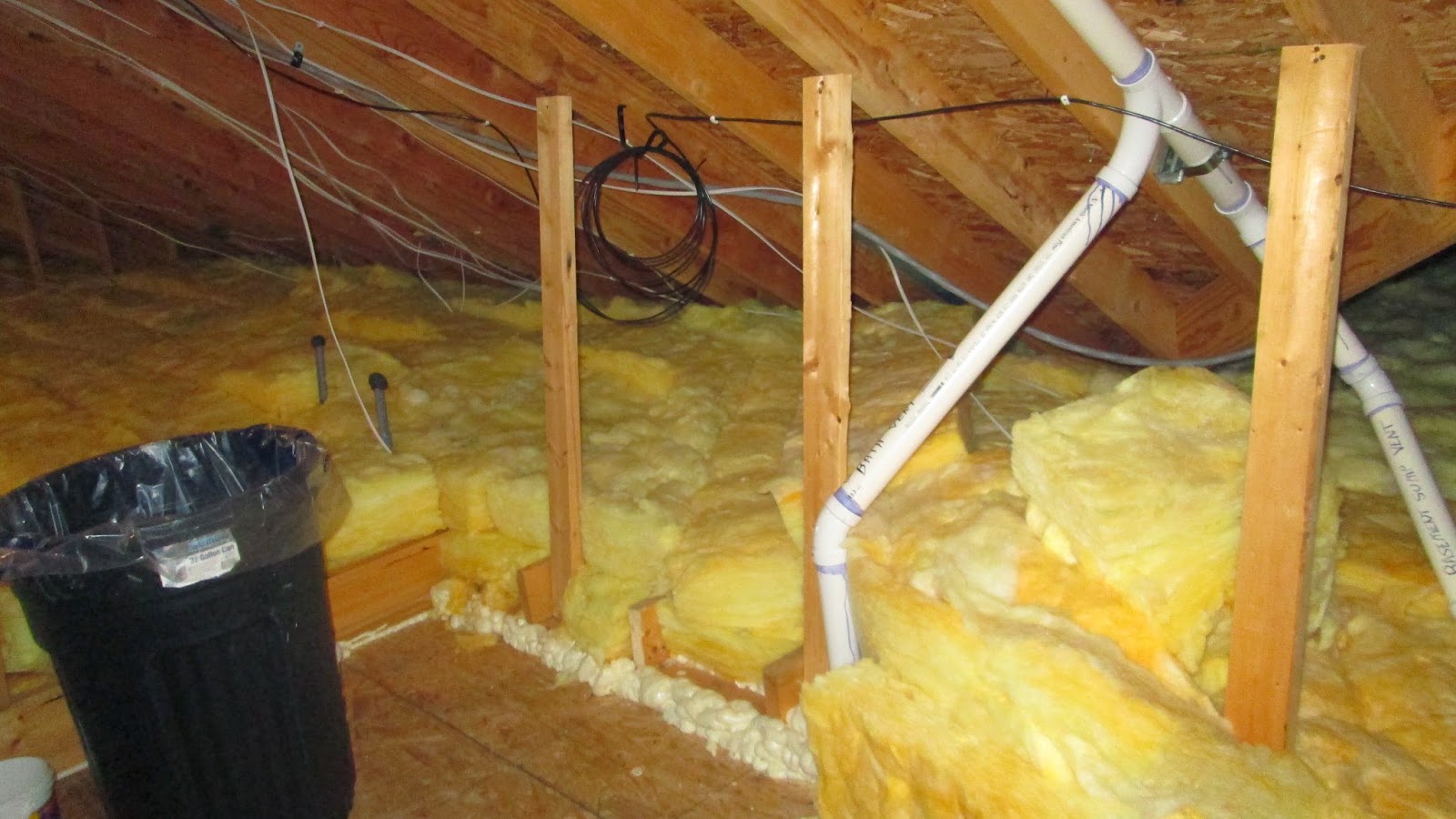 This is the bathroom ceiling upstairs on the 2nd story. 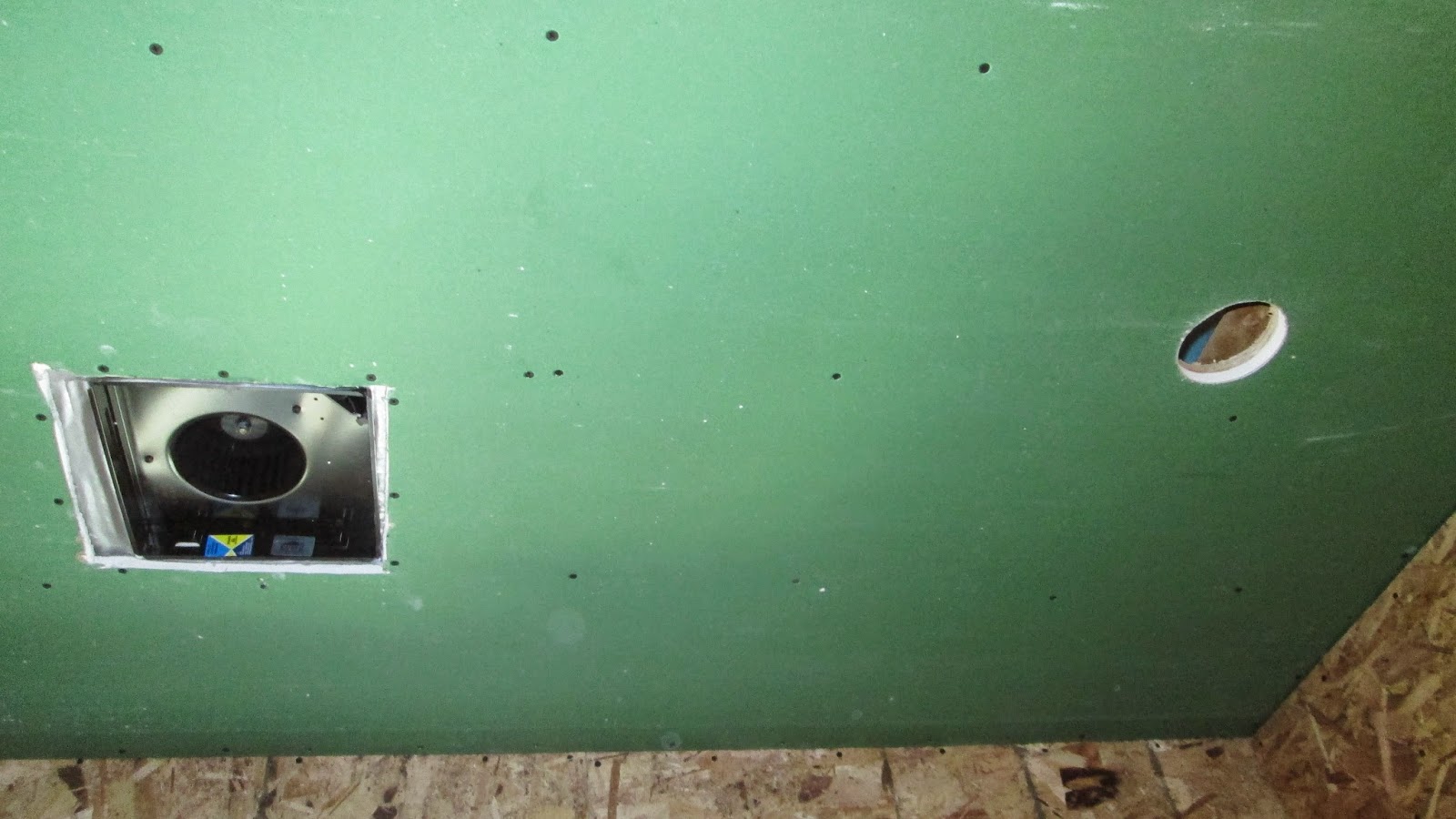 We had to do some work in that bathroom, even though we don't even need that level finished right now, because duct work, plumbing, and some electrical, go into this ceiling, 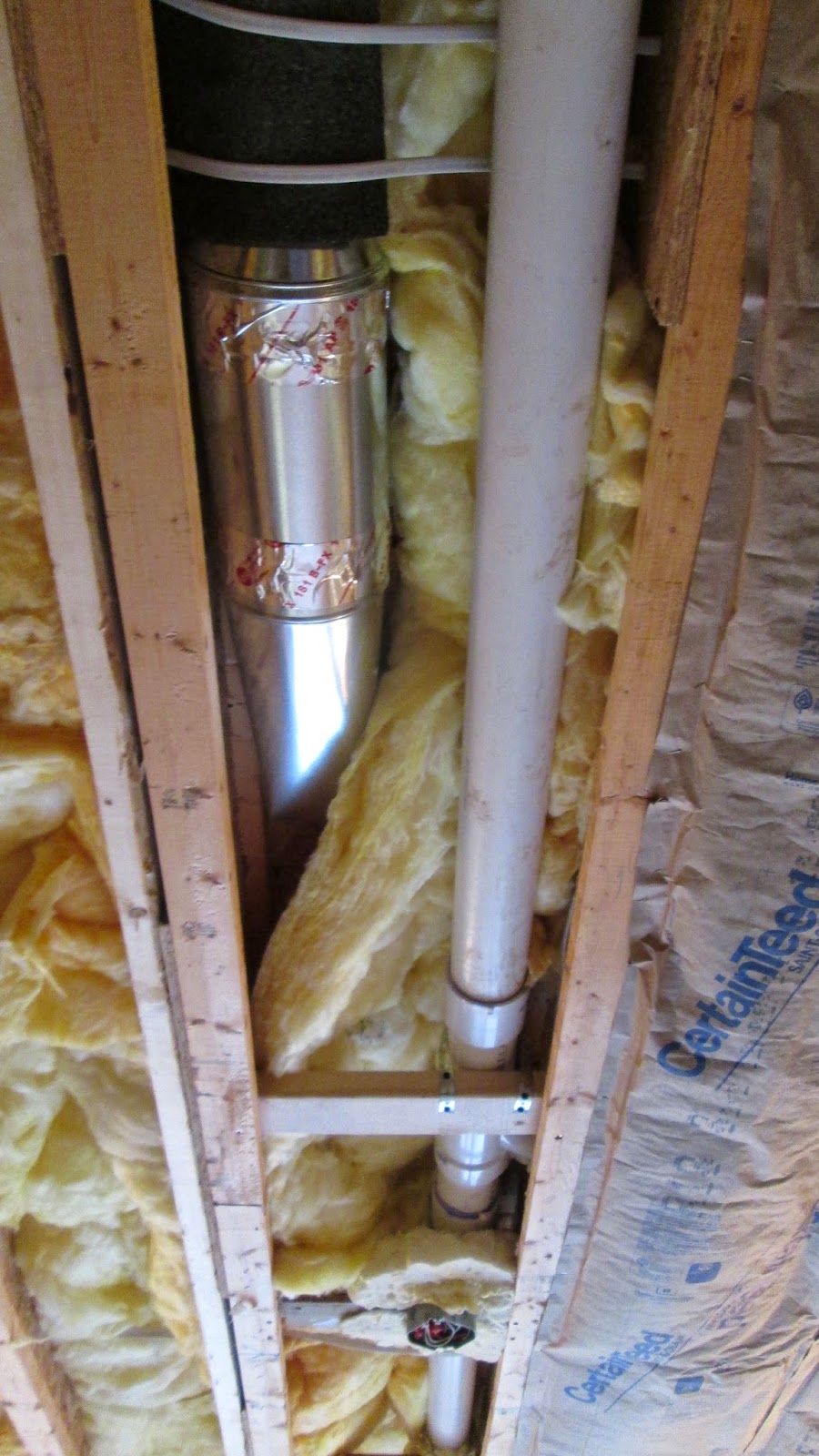 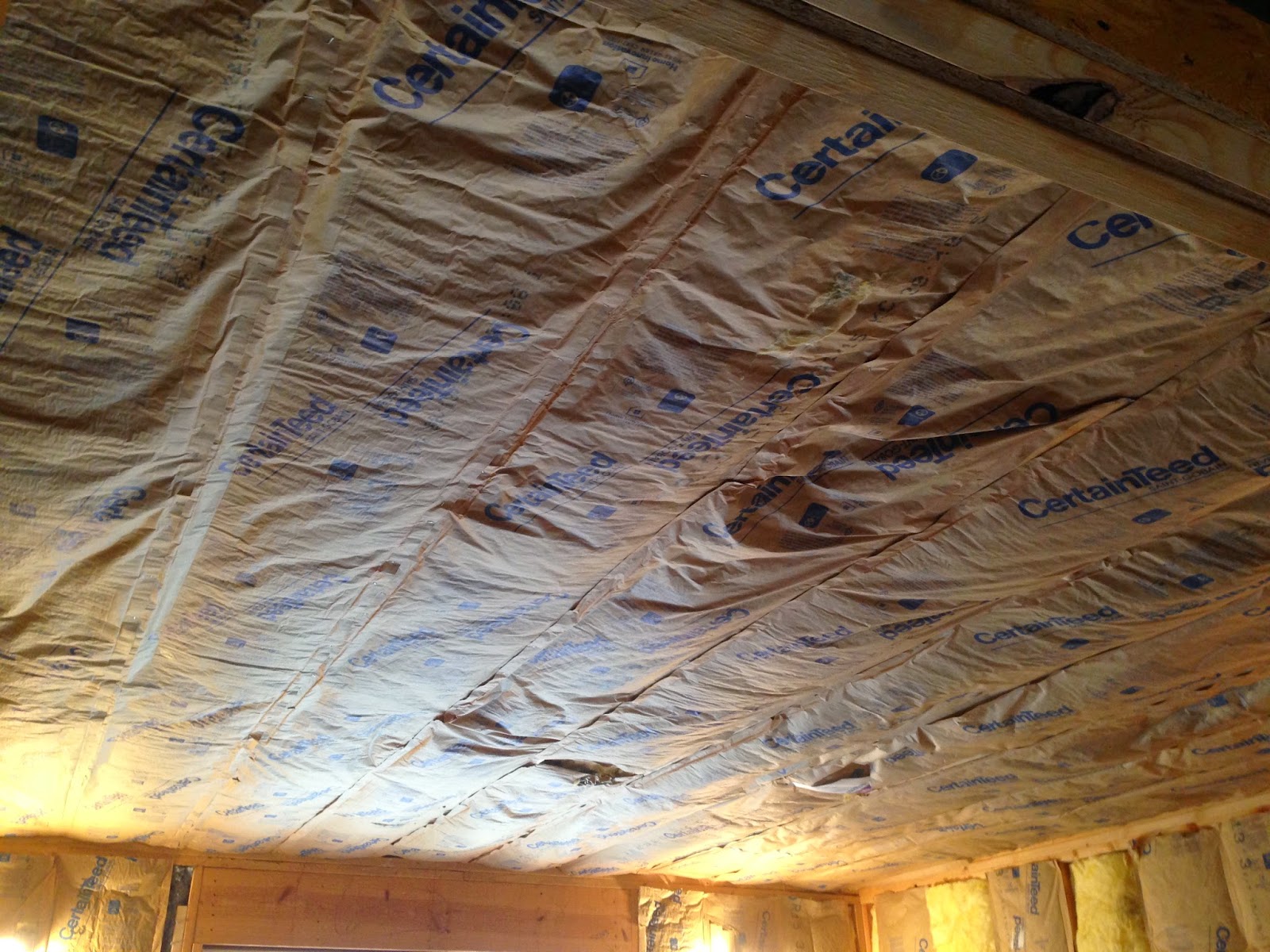 So, we got the tub installed, 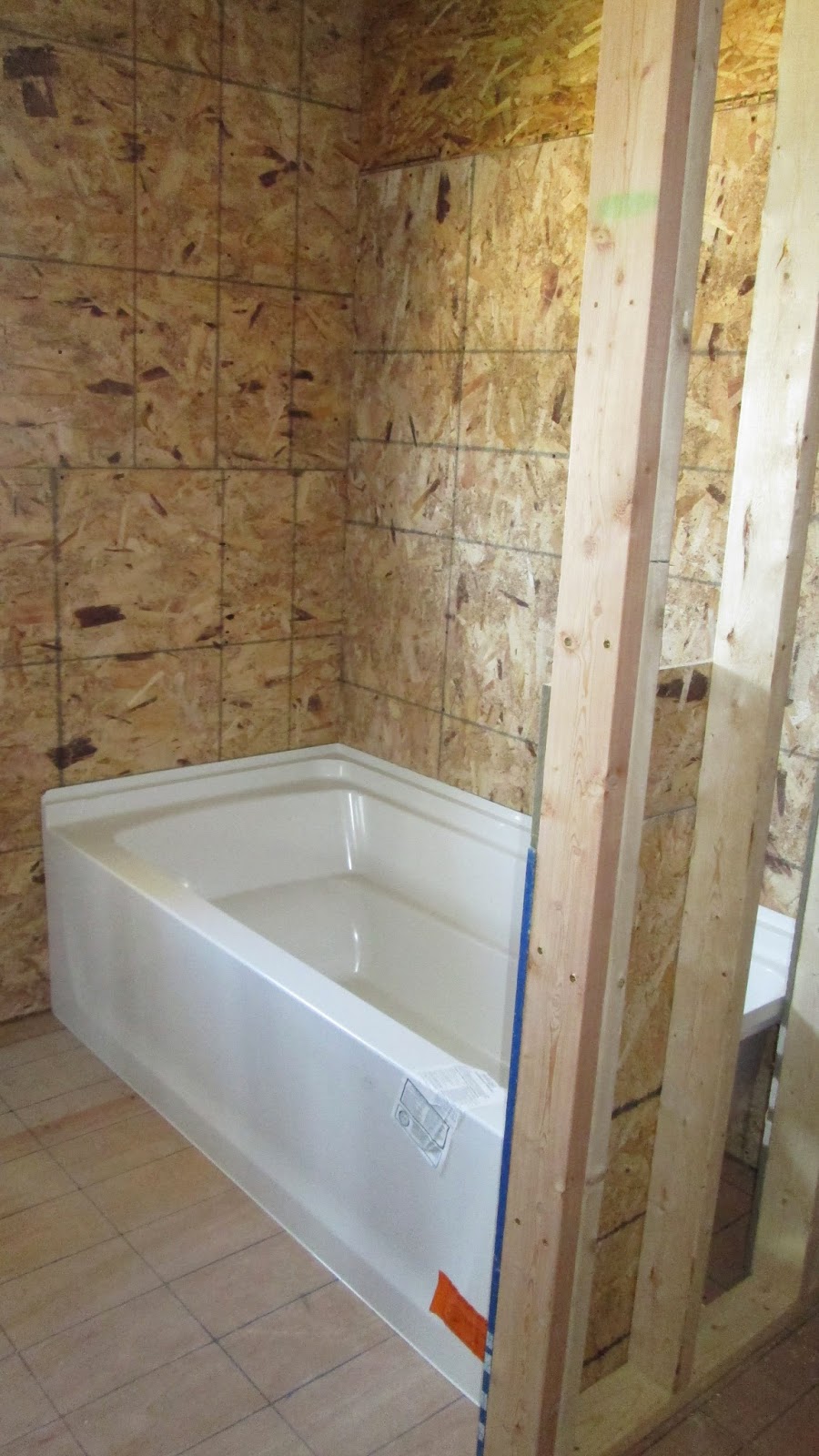 which required building a wall. 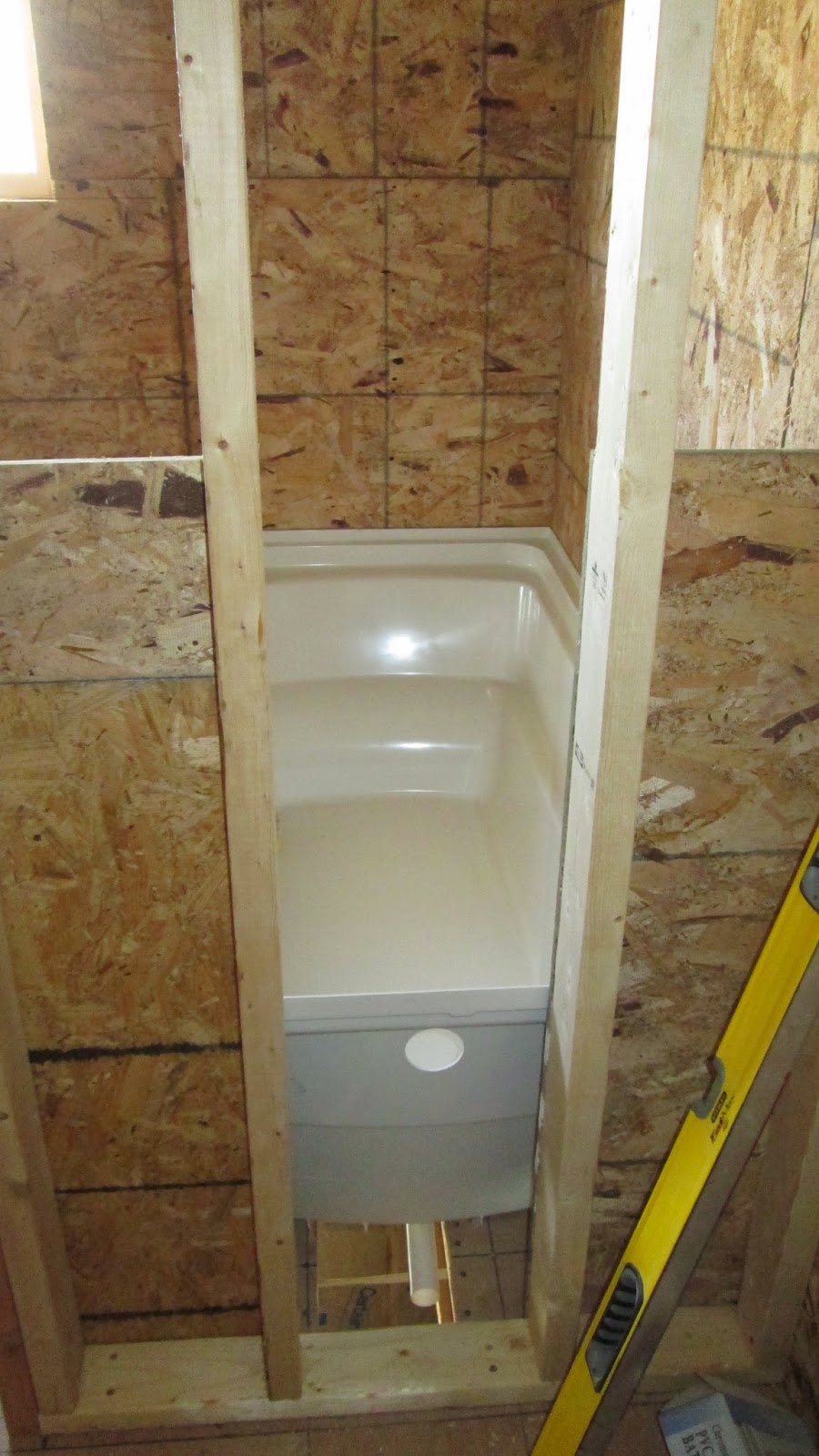 This is where the tub plumbing had to go, which is looking into our bedroom ceiling (below) 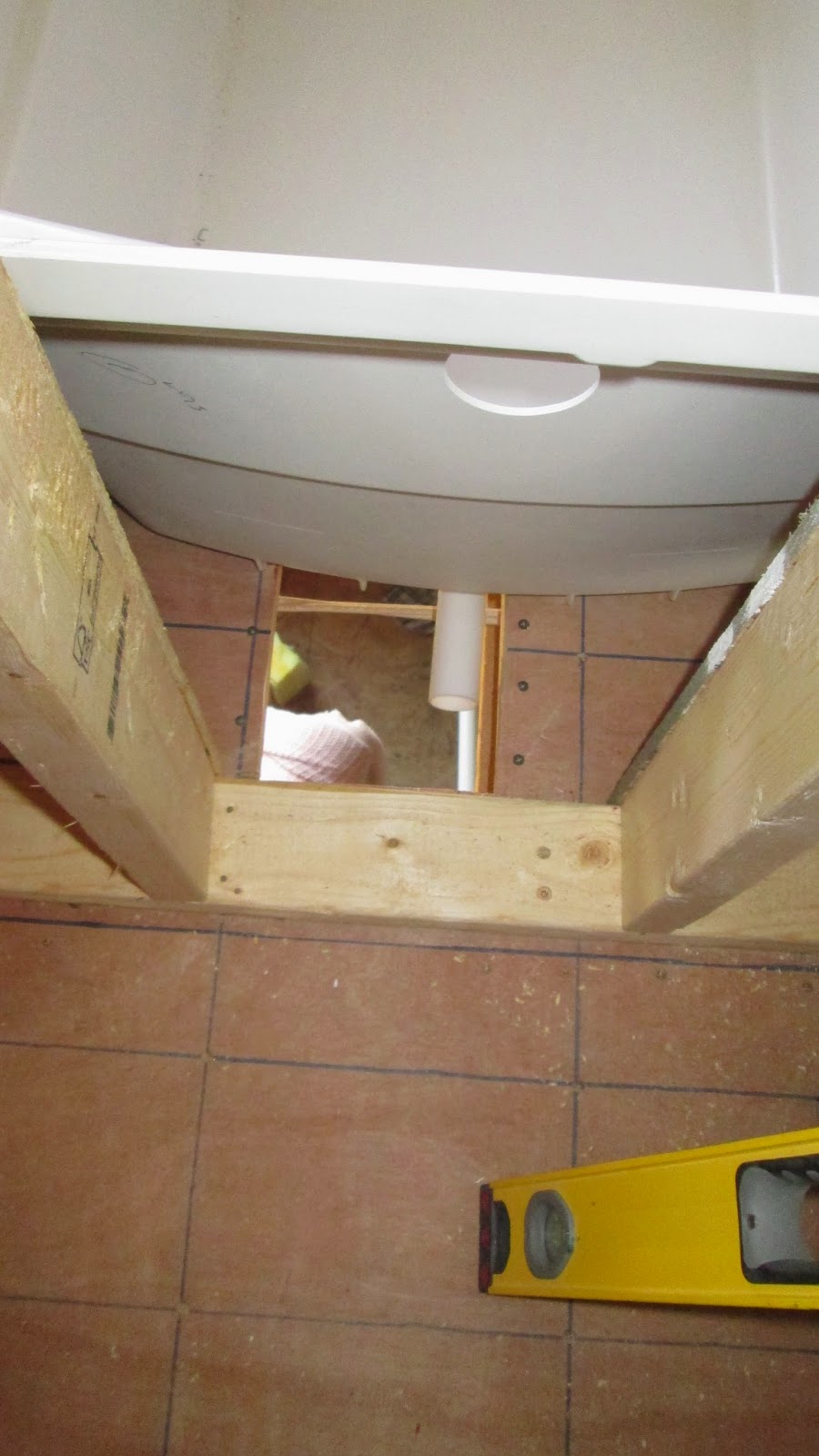 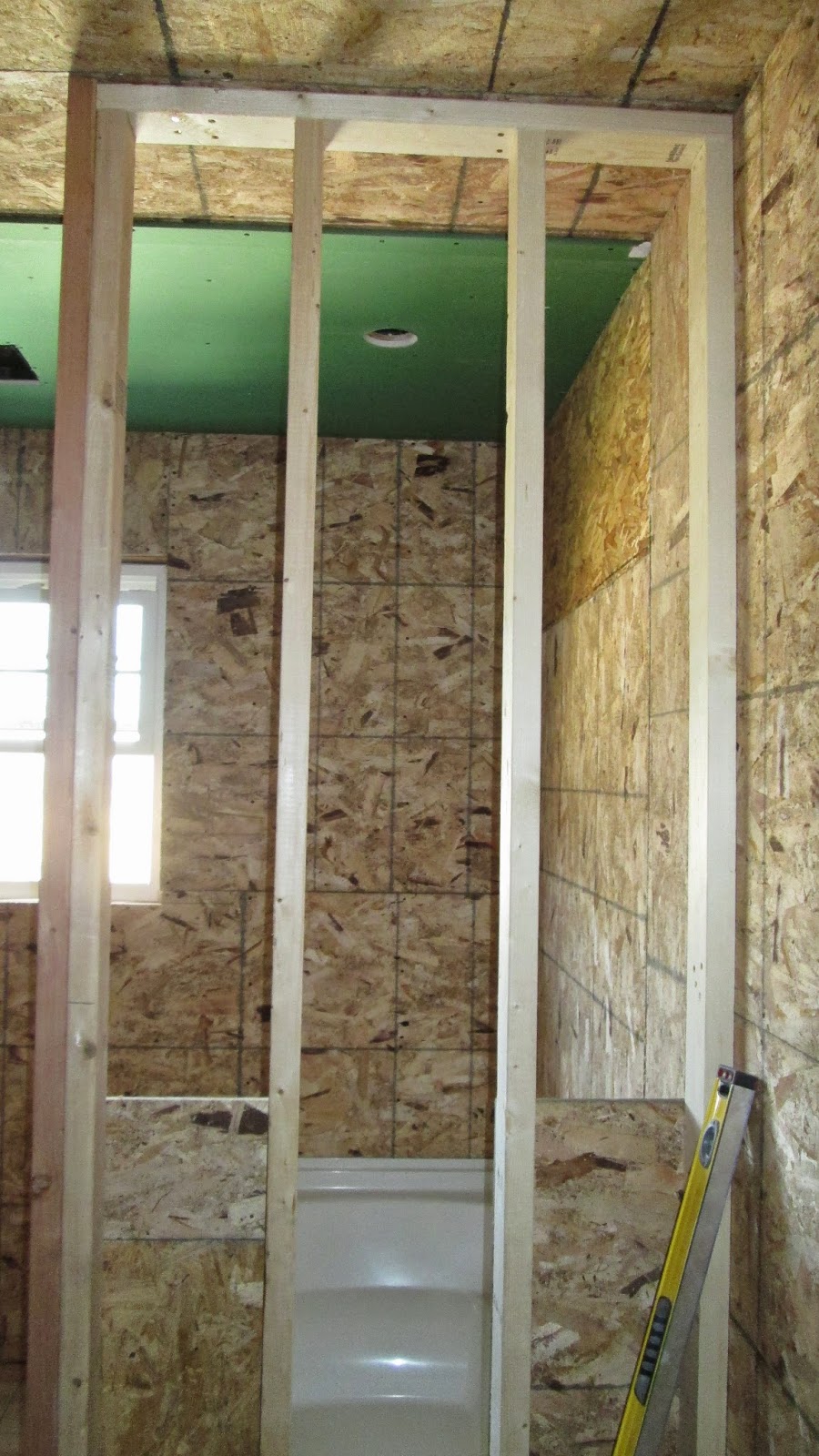 I don't know if you can see it from this picture below, but originally the vanity was going on the left wall.  You can see the plumbing for it on the left bottom of this picture.  However, after installing the tub, there would be no room to stand in front of the vanity.  So we moved the door to the center of the room, (it was on the right hand side of the wall) 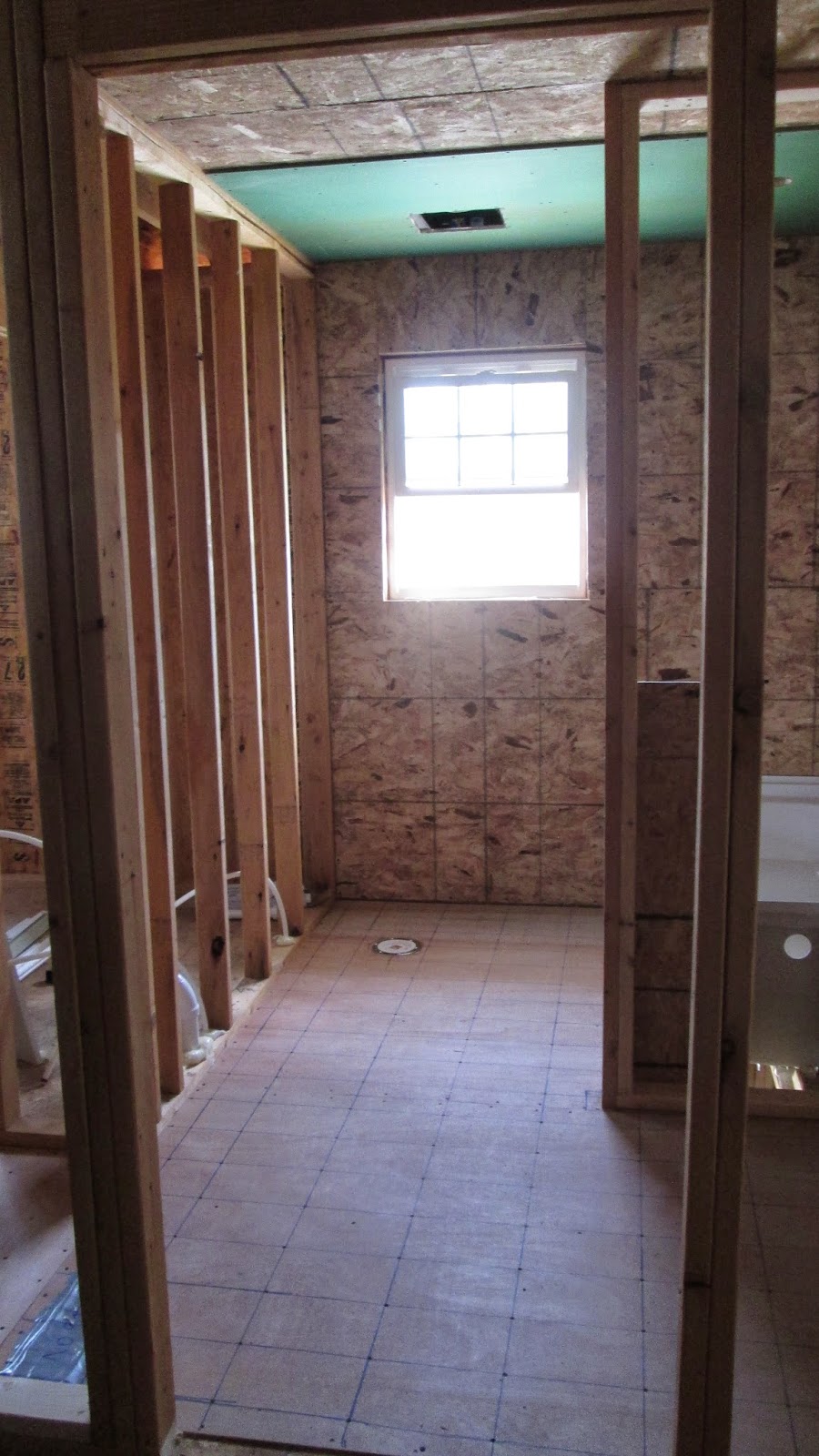 and you can kind of see in the picture below, the vanity is going to go against the wall on the right now.  However, this required moving plumbing that was already installed.  It...is...always....something. 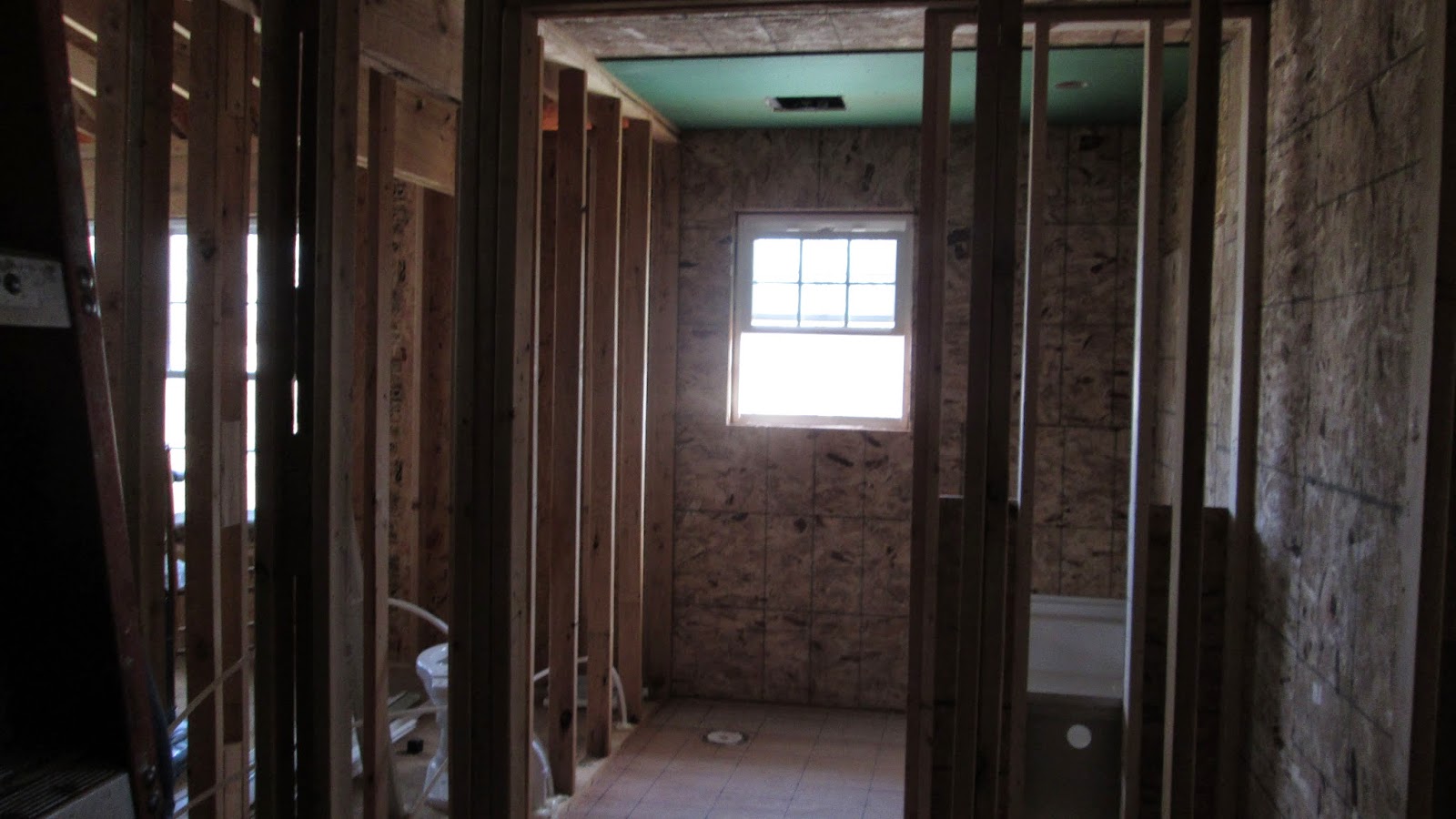 In my spare time I've been stapling these air vent things in the ceilings...which I forgot about until I saw this picture! 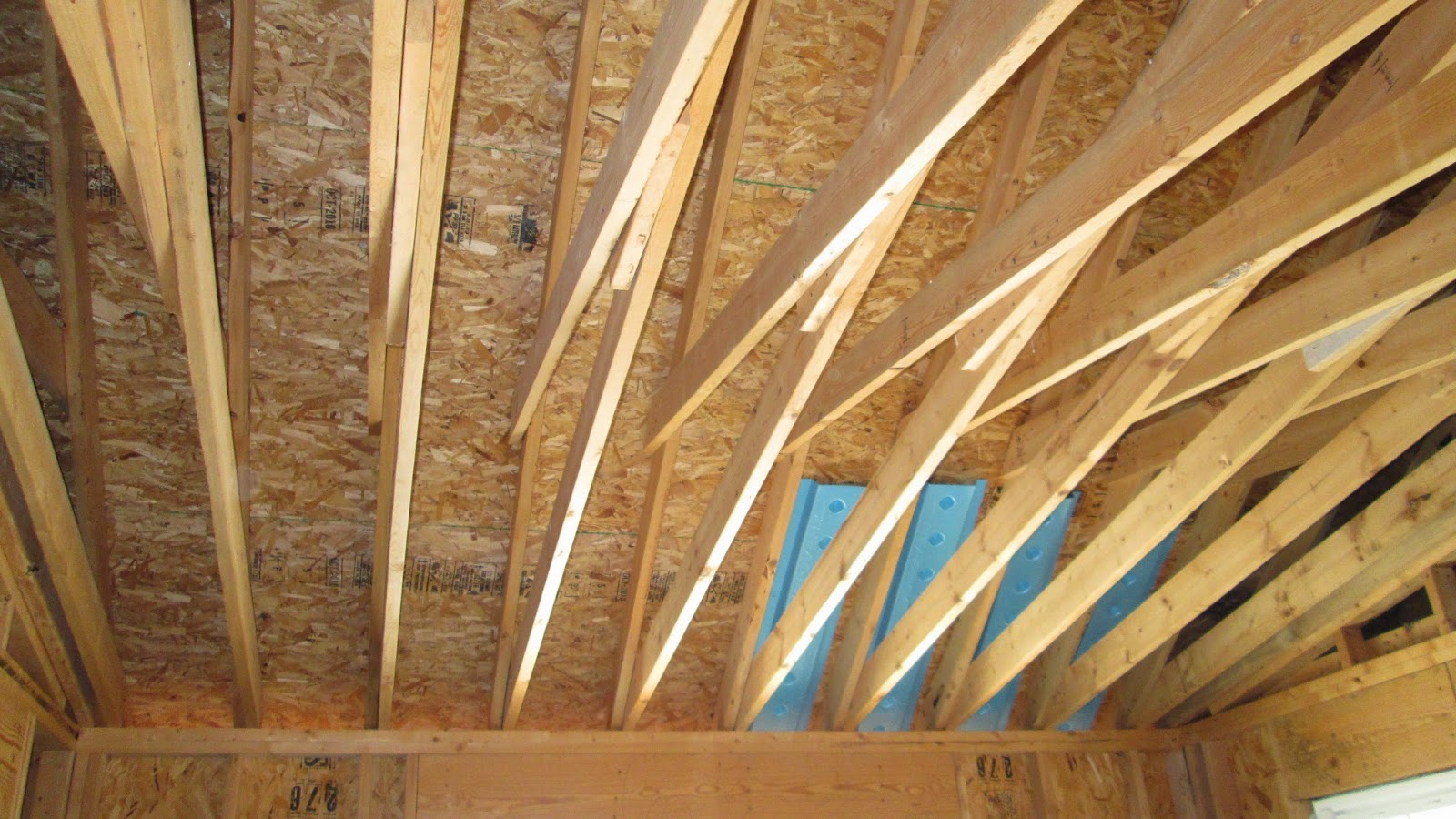 OK this is enough for now, but I have a mouse story to tell you in the next post. 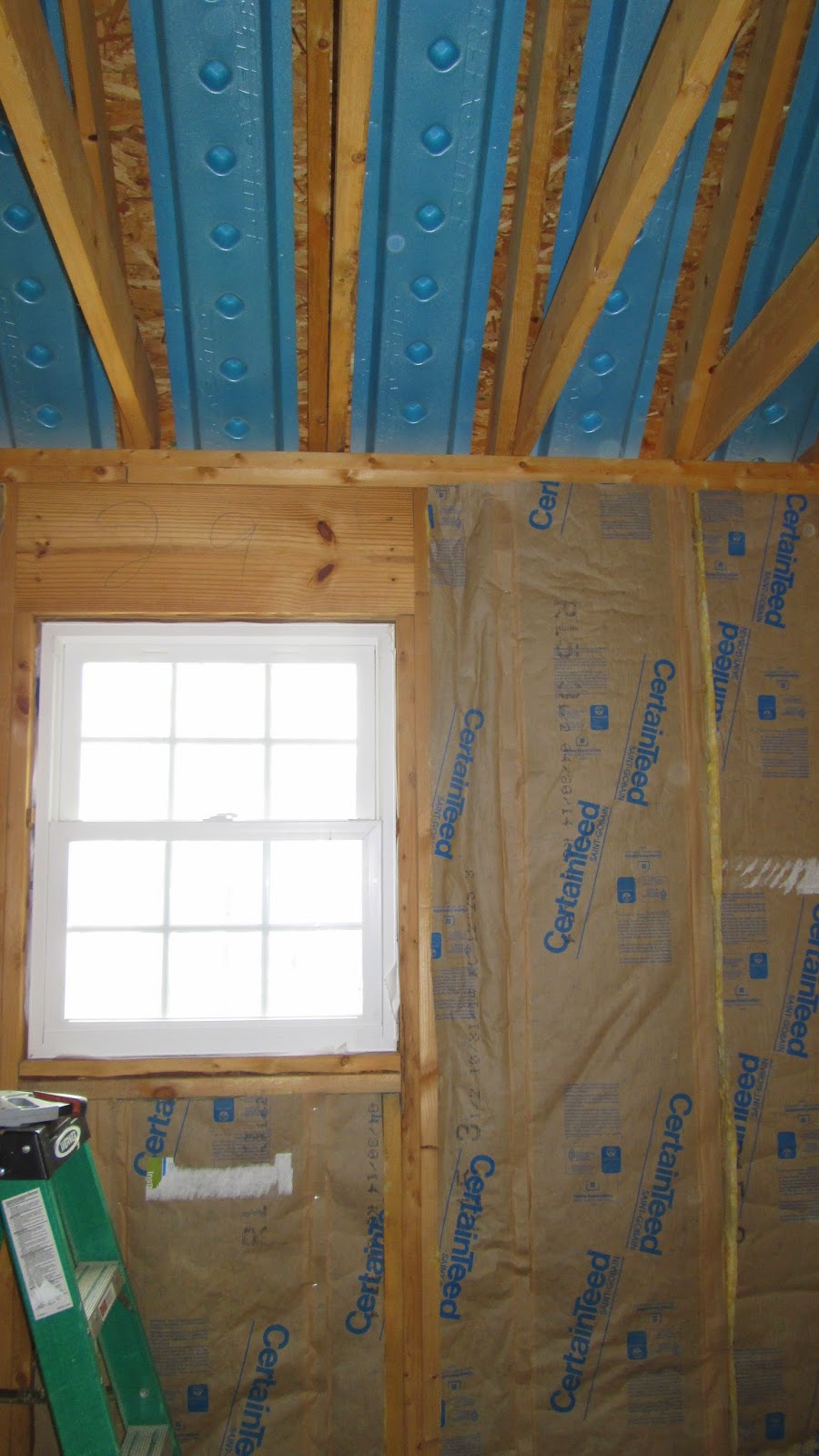