Last room in basement done - working on house in town 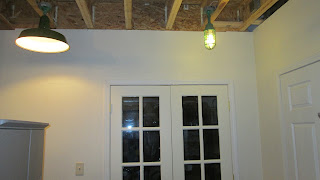 I've posted some of the stuff I've been doing at the other house, on the other blog.  I thought I'd take a moment to update you on our progress on this blog.
We did get the trim up around the last room we were working on in the basement.  Remember, it's the room that's not really a room!  It is the area that has doors that lead to other rooms. 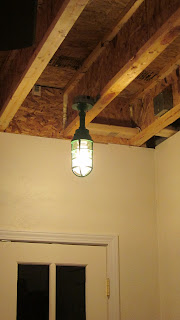 We also got the lighting done. 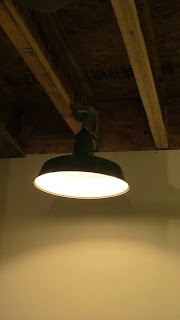 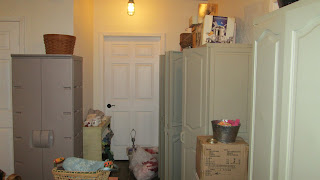 And we have filled it up with stuff.  Stuff that I am now working on getting rid of!  I know.... 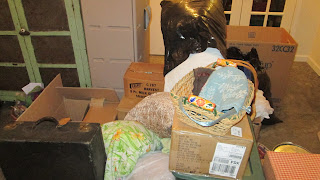 No I do not want to get rid of the pie safe!  With help, I have moved anything that has storage capacity into this room.  The thing is, we've moved stuff from one house to the other so fast, and so often that I haven't had a break to put things away before we started moving it again. 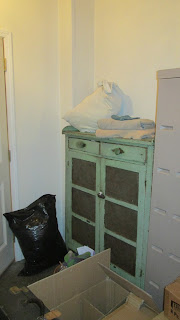 And for the last month, we have been working on the other house.
These are pics -below- from our house in town that we are moving from....
This room no longer looks like this...but I've been amiss at taking pictures.  I know, I can't believe it either. 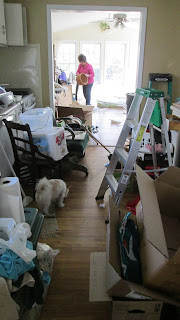 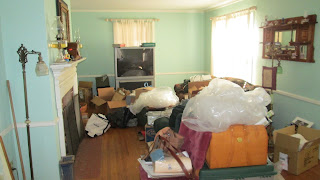 We have set up tables to get ready for a moving sale. 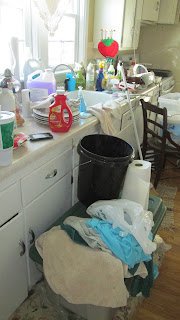 We have cleaned out every room upstairs....and painted.... 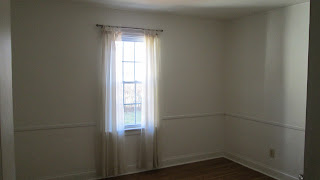 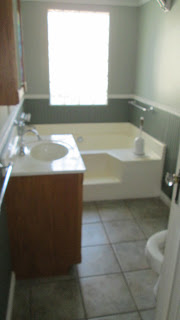 and two rooms on the main level are cleaned and painted... 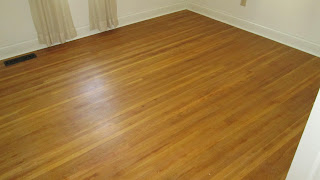 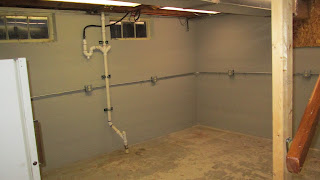 and look at this basement!  Empty except for the washer and dryer.  It has NEVER looked this way. 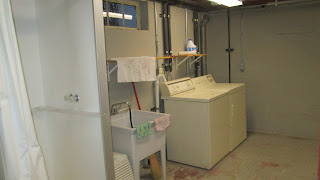 When we bought this house, we bought it off of the original owners, who had it built in the 1940's, and it was full of stuff.  We had to move stuff out before we could move in.  They were 92 and in a nursing home. 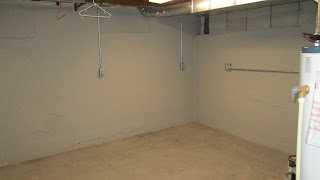 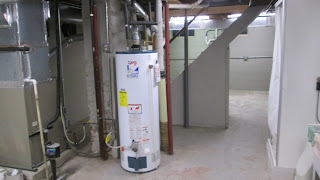 The freezer is gone now too. 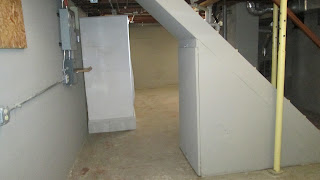 The really fun part is that I've been finding stuff I forgot I had.  See that little triangle in the pic above?  It's under the stairs storage.  I put stuff in it and forgot about it! 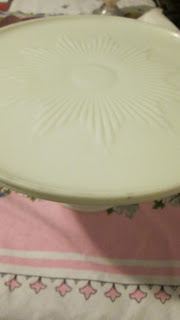 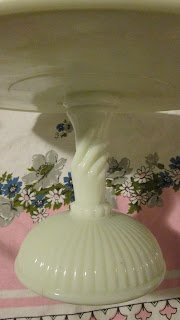 So, between cleaning, painting, stashing, storing, selling, packing, and moving, I haven't taken time to blog.  And I would like to put out a special thank you to Andrew, Marilyn, Marcia, Mom, Dad and Gloria for their help.  It means a lot. And thanks to Vickie too....for coming over and keeping me company and knitting while I painted!