Company and the kitchen

Every now and then I have a hard time trying to figure out on which blog a post should go.  This is one of those posts.  It's really about the house, but it's about family too.  So I posted it on both blogs!
Here ya go!

Last week, the day after attending my Uncle's funeral, I had an appointment with a kitchen designer at Lowe's.  As I was walking in to that appointment, I got a phone call.  My cousin Gloria, whom (is it whom?) you have met many a time, was coming over that afternoon, with two of her sons that were visiting from out of state.


The Dixie boy fell in love with Troy.  No wonder....Dixie is a snuggler and demands to be the center of attention and Troy gave it to him!  He wanted to take him home but I was adamant about Dixie staying here.  (Dixie has actually gotten in the car with cousin Vickie before, and one time she even took him for a ride.  Crazy dog.  Crazy dog family!) 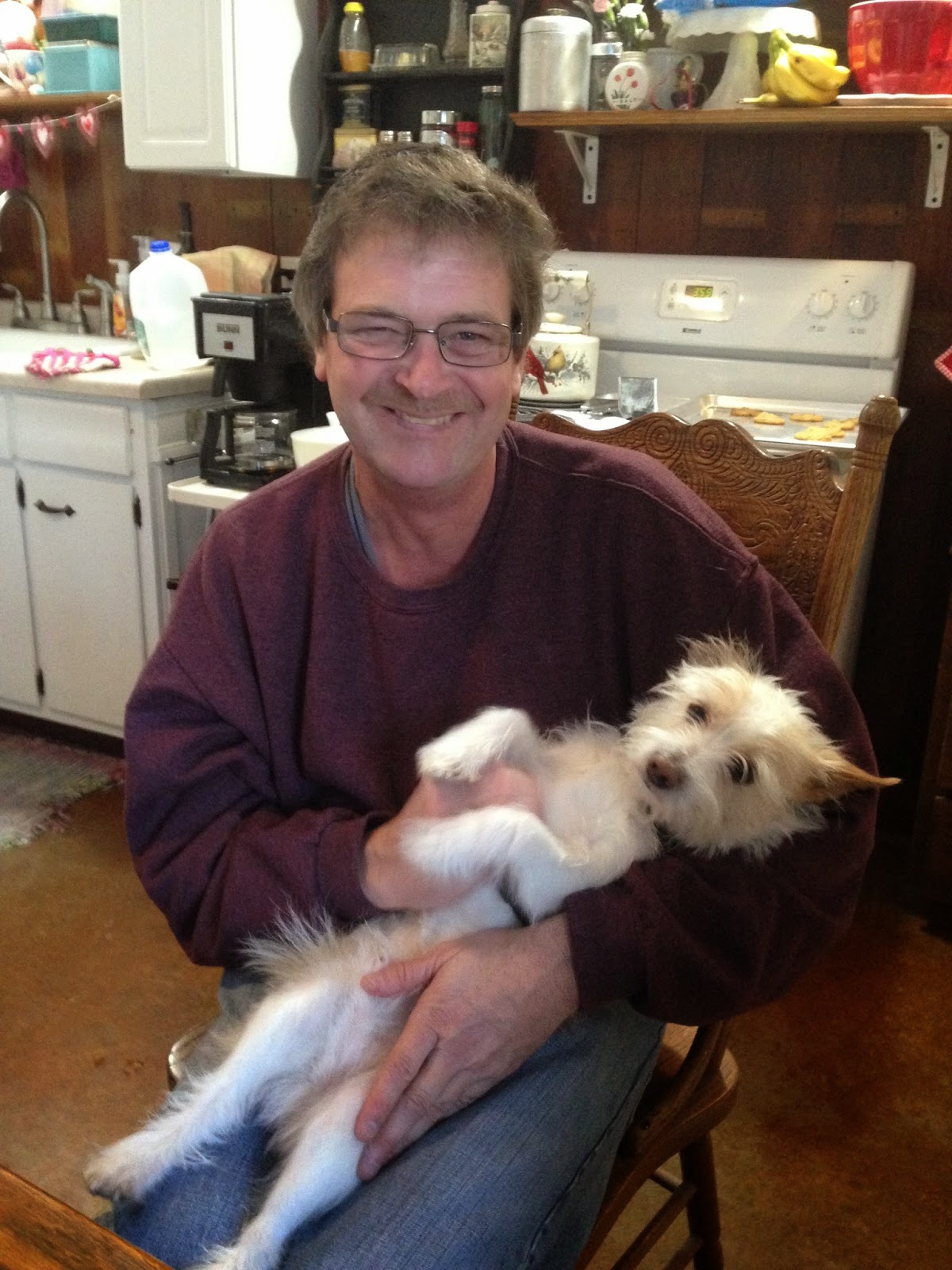 This is Gloria's other son, Clint, and his wife Akemi.  You actually met Gloria and Akemi  here and here.  Clint has never been here. 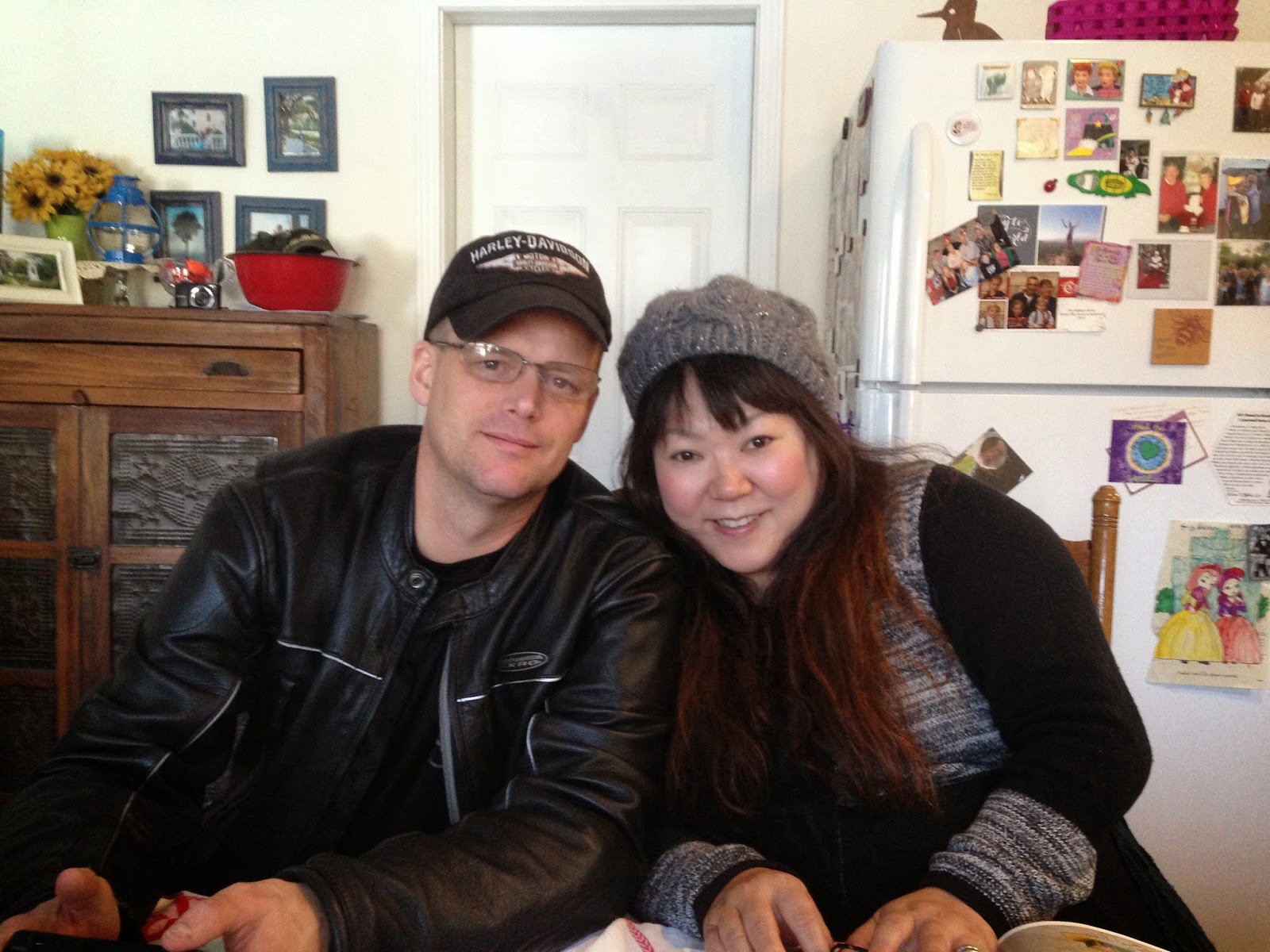 So of course, when I gave them a house tour, I had them all write on the wall. 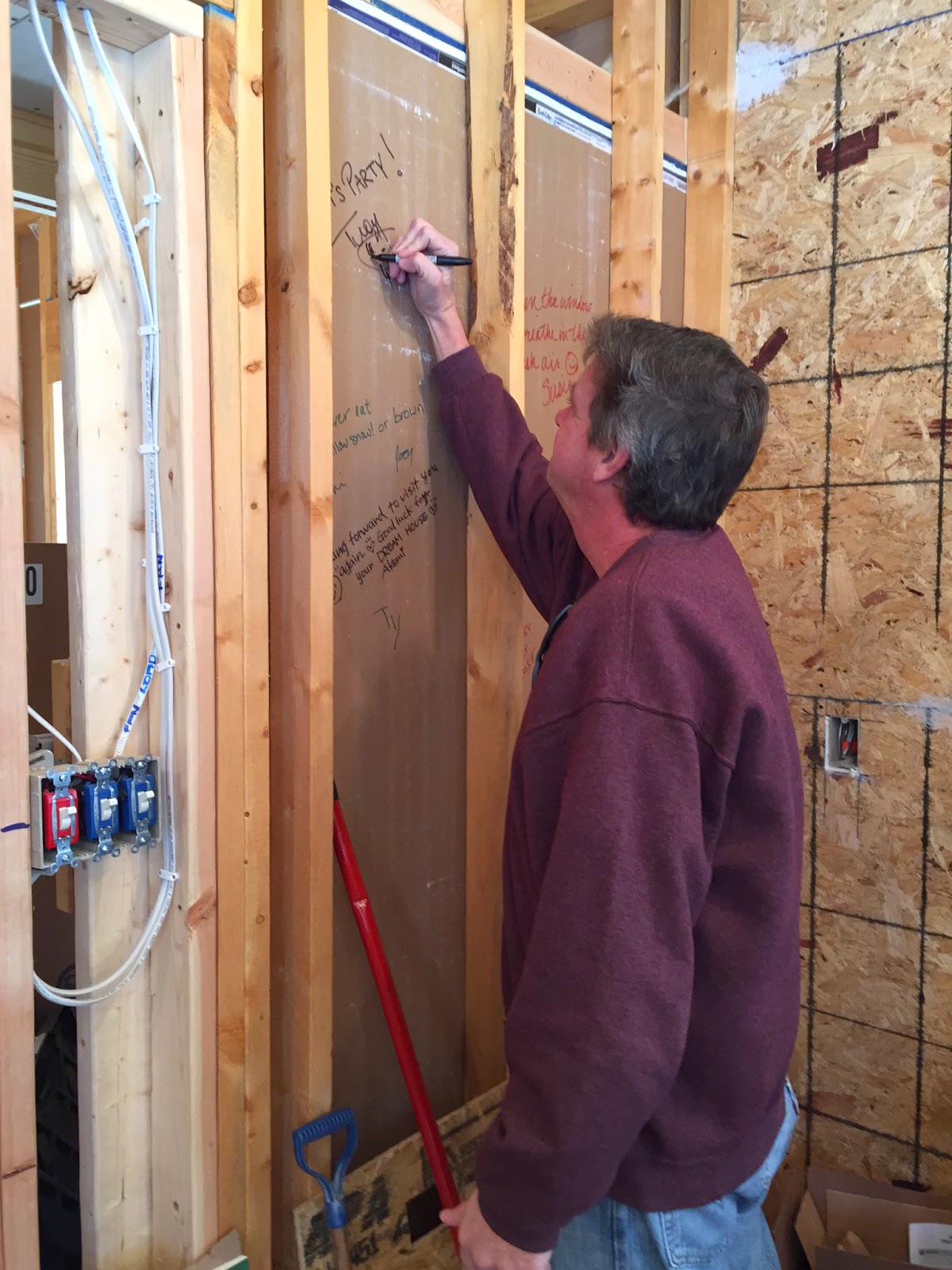 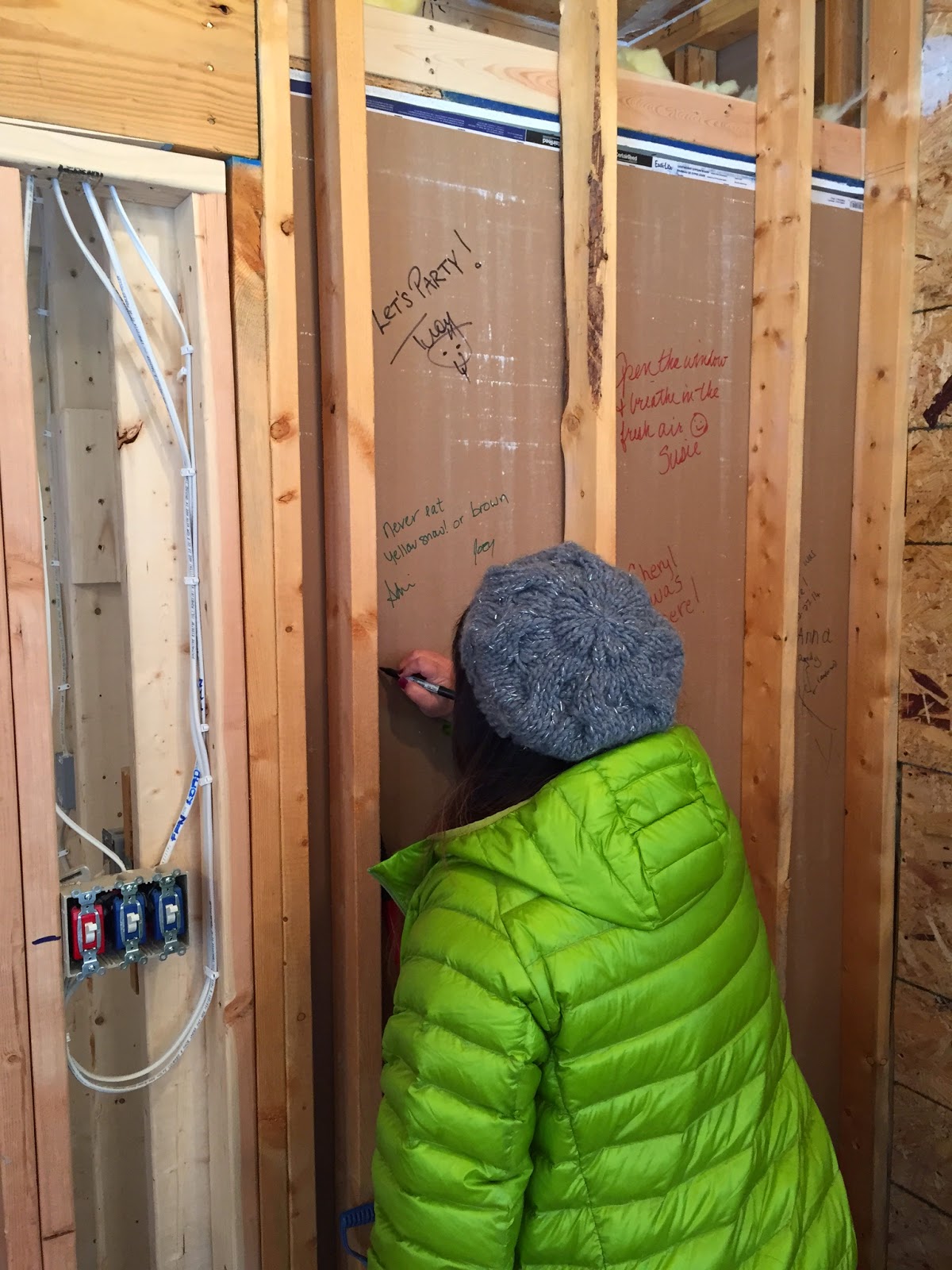 Clint is deep in thought.  ( I wish you could have seen him at the funeral.  All dressed up in Navy uniform. He had a lot of 'stuff' on his uniform so he might be a high ranking officer or something)  I bet Gloria has a picture or two of her sons she could share with us...Gloria?  They are both Navy men. 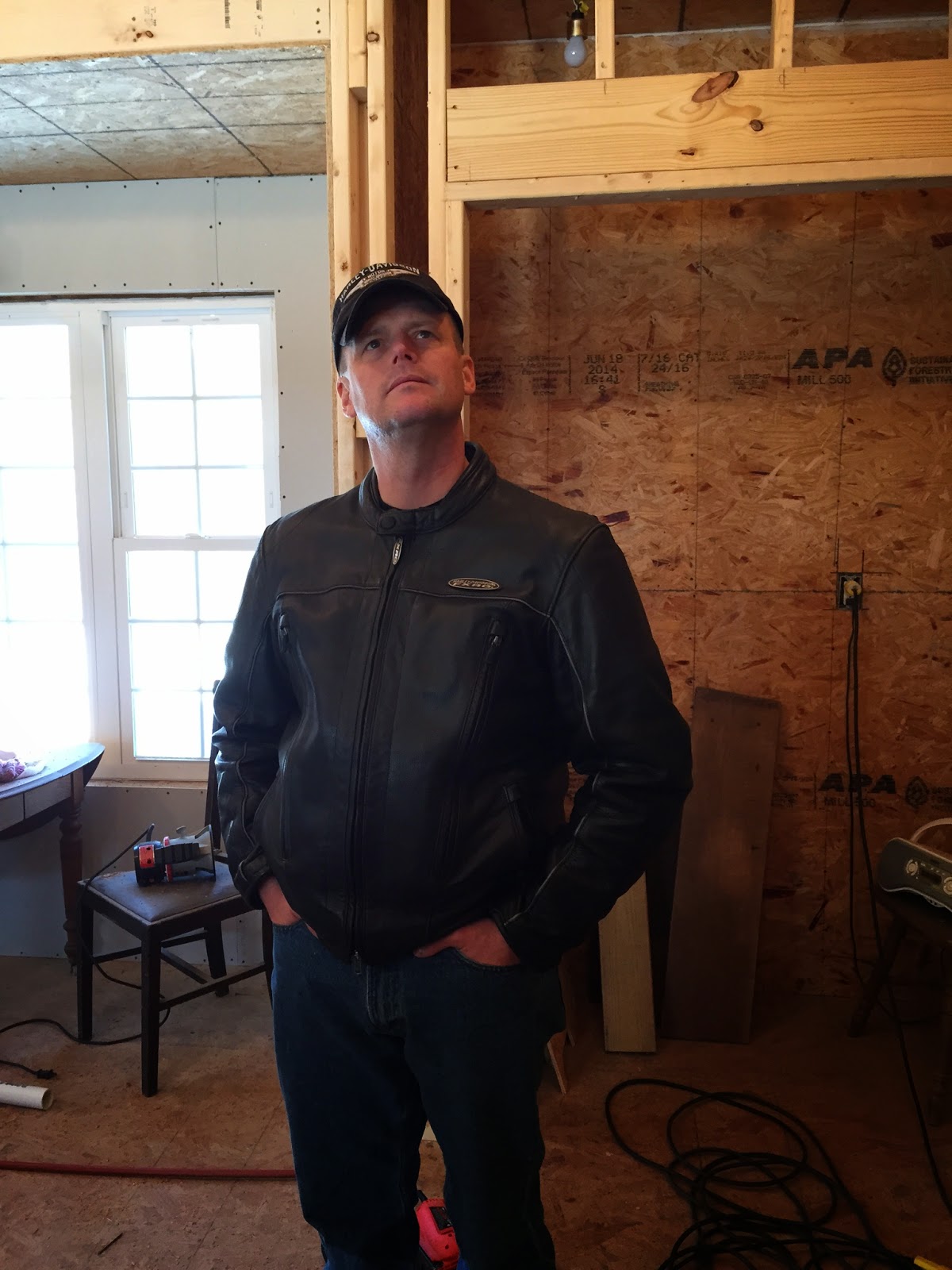 So after touring and chatting a bit, we spent most of our time going over my kitchen design plans.  And they were very helpful!  Troy had an idea of putting a small fridge in one of the pantries for nothing but drinks. I like it.  And one of them decided I needed to leave a little bit of an overhang on the end of the island top for more outlets.  Clint wasn't interested in my design plans at first, but I called him out on it and he came right over and sat down!  And Akemi told me I was talking too fast.  She only understand little Englsh!

So here's what I'm thinking...I'd like for you to tell me what you
wish you had in your kitchen,
what you have that you love
and what you wish you didn't have!
Basically, give me ideas.

Because after two- three hour visits, and many books, magazines, and pins on Pinterest, I never know if I got it all.
Here are my plans so far.  You would walk into the kitchen from the left. 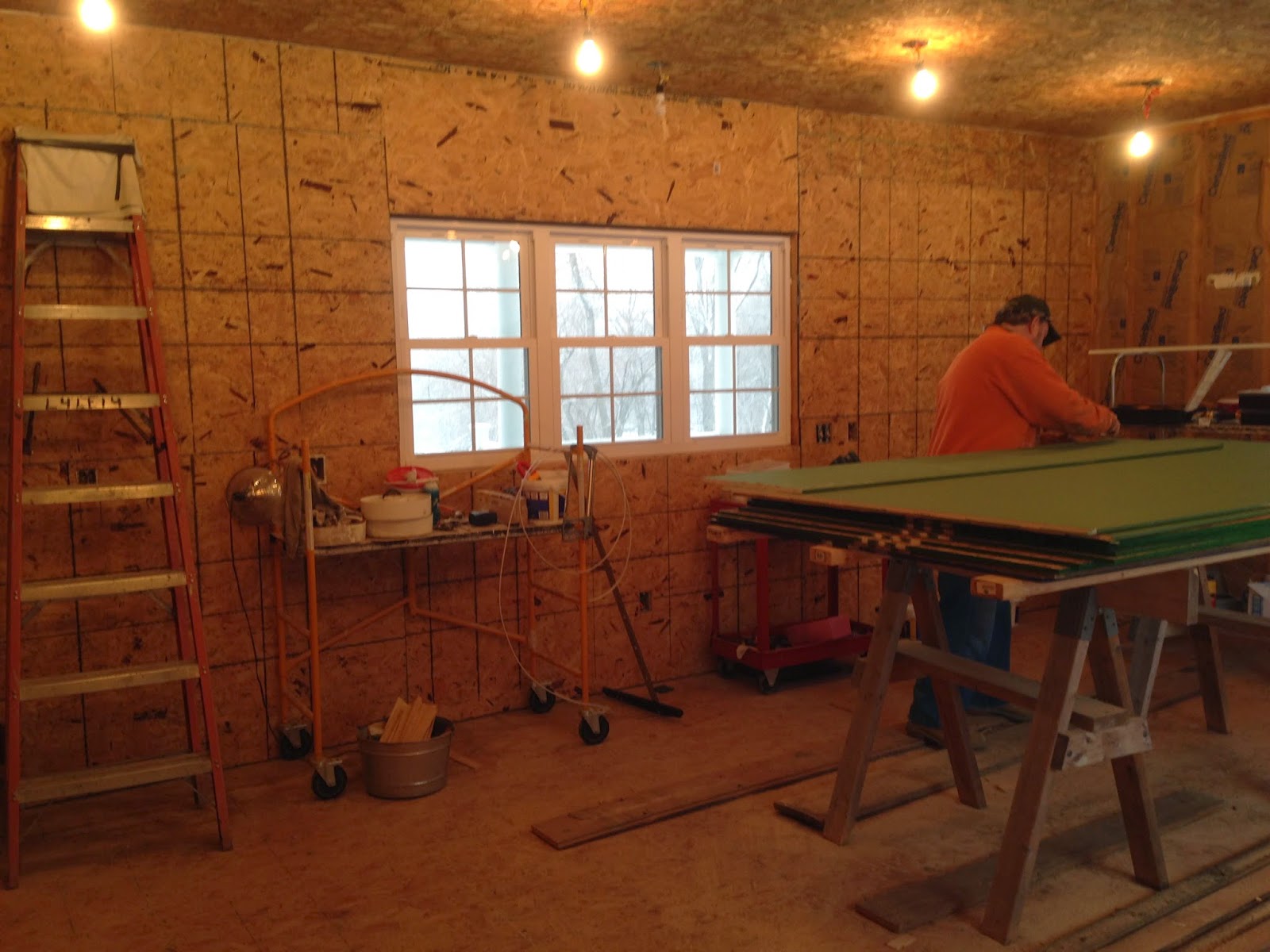 This is the wall (above) that you are looking at (below)  The dark area in the center of the cabinets is the window.

I'll start with the left. The tall cabinet, at the top, has slots for cookie sheets and pizza pans and such.  The bottom has slide shelves.  The cabinets on the top are just that, cabinets.  The two on each end have an open area under them which are shelves.  On the bottom, under the counter, the first cabinet is just a cabinet with a drawer above for ladles, spatulas, etc.  The second, taller cabinet has a shelf that comes out that holds my Kitchen Aid mixer (that I got for Valentines Day last year!). 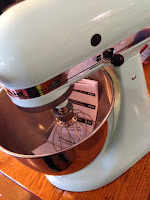 Then we have your normal drawers and doors until we get to over by the stove.  Those are BIG drawers.  Like in the picture below.  Which I think I'm going to love for pots and pans. 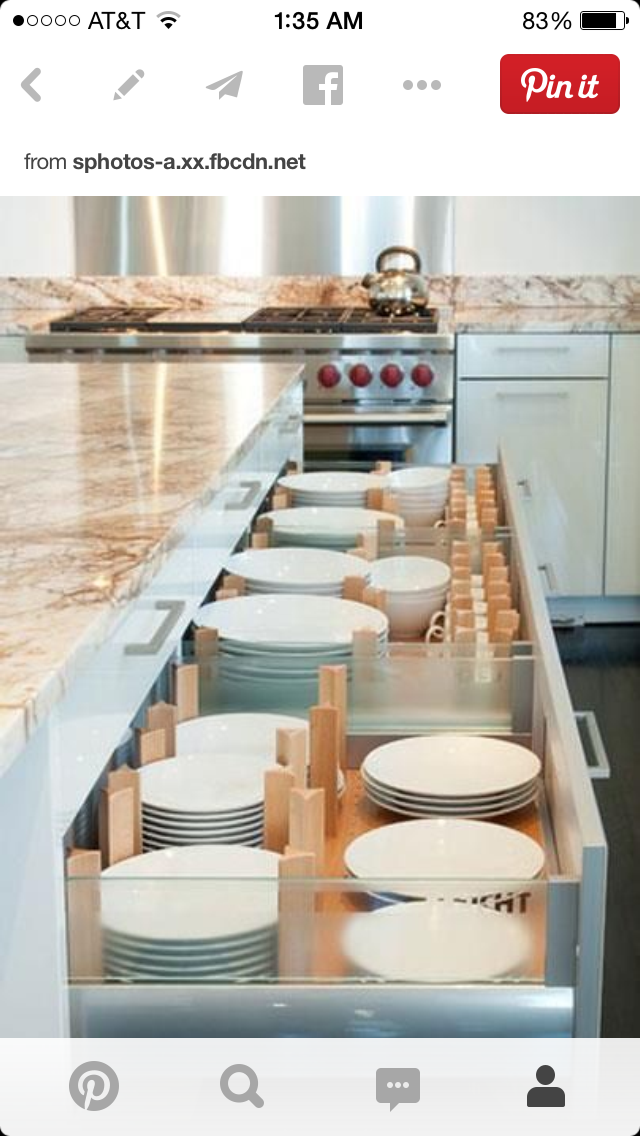 This is the island

The picture below shows the pantries that we built in and the little nook by the window. I wrote in pantry in the above pic, where they are on the diagram. The island will go in the space where My Shug has been working.  It's a 10x4 island.  In the photo above, below the island, the door to the left holds two wastebaskets.  One for trash, one for recycle.  There is a second oven, some shelves, cabinets, and then there is a fake panel on the end.  That end of the island is shelves that will hold cookbooks.  On the opposite side of the island are all cabinets that are only 12 inches deep.  They will not be convenient to get into because there will be seating, but they will be nice for extra long term storage. 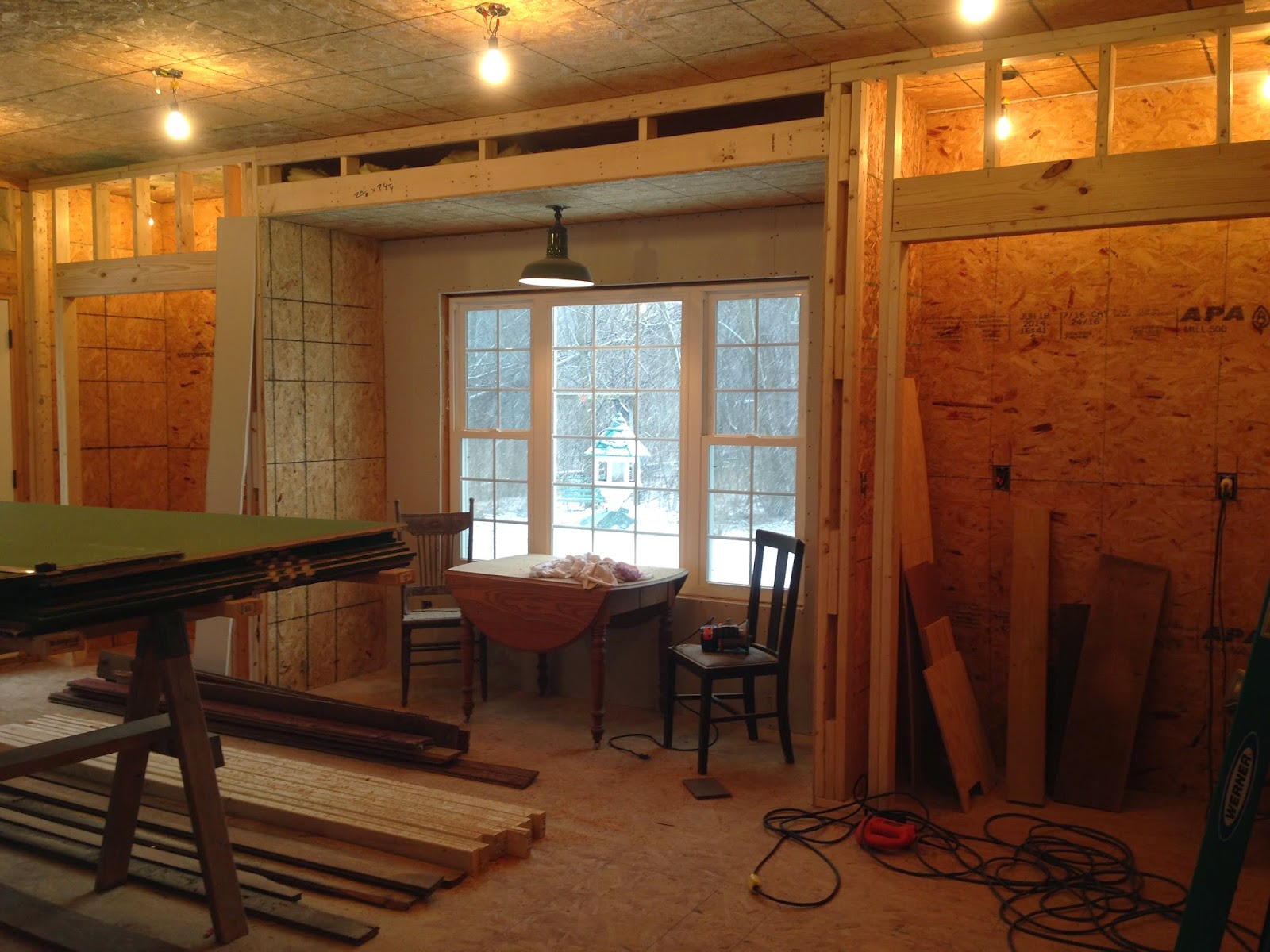 Anyway, that's it.  Send me your ideas!

Peace and Love, (because we need it in the world right now)
Cindy Bee
Posted by Bee Lady at 4:28 PM 1 comment: