Dave has not worked in the house this week, but he did get the furnace ordered and it came in last week. He also poured this pad, to set the furnace on. 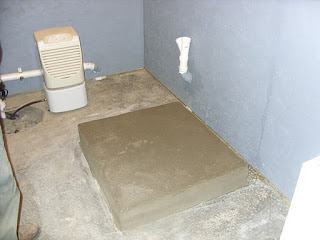 It's in the mechanical/electrical room. 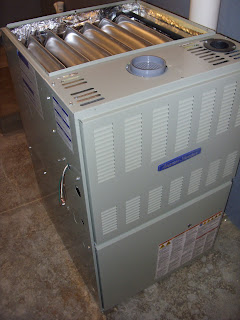 And the furnace has arrived. Some day we plan on getting one of those outdoor wood burner type furnaces. Apparently we have to put something on the furnace now to make it easier when we install the woodburner later. For now we will have natural gas. 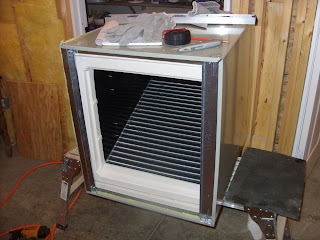 I have no idea what this is, but it came in with the furnace so I assume it's part of it. 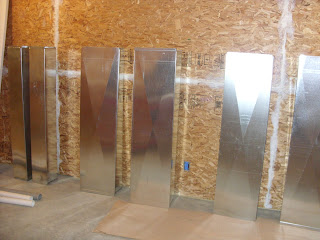 These duct runs had to be put together. 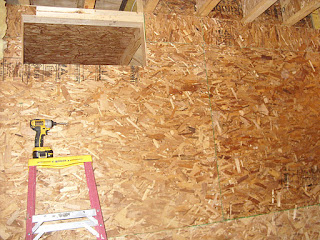 And holes had to be made in the osb to run the ducts through. Remember this is in the basement. The ceiling will be lower than the runs. And we aren't even going to bother with a ceiling in some of the rooms. We are not finishing the entire basement at this time, just some of it.
Back when we first started this house project, at the point of just having the frames up for the basement walls (see pic below), and having the gravel down, Dave decided rather than having a big open basement with two huge beams to hold up the second floor, we'd just put in walls. So the basement walls are bearing walls. And from looking at the house plans he quickly had to decide where to put walls in the basement. I couldn't have done it. At all. Then he had to decide where to put the plumbing, such as toilet, laundry, sump pump, sinks, etc. And he had to install the plumbing for the basement in this gravel. I was there when he was putting it in. Some pvc pipes had to come up in the walls, that weren't there yet, and the drain where the toilet would sit had to be 13 inches away from the bathroom wall, which wasn't there yet. You get the idea. 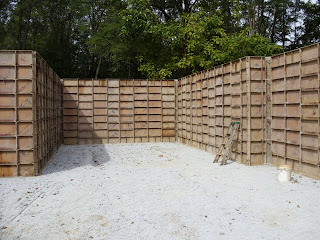 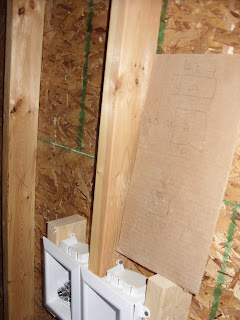 and holes in the floor, 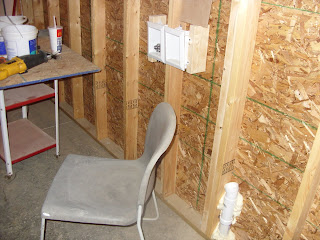 I can think about it! Guess what though? It's too late! I would not have had my washer and dryer where he put it, but oh well, isn't it really minor in the big picture of life? See how that pipe is coming up in the wall in the above pic? And this pipe is next to the wall in the below pic? All of that had to be decided and installed, before cement was poured for the basement floor and walls.. 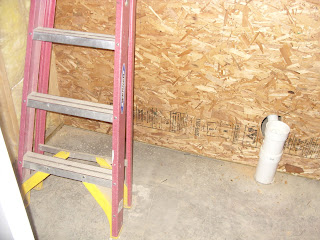 I don't think I could have made those decisions, before I saw the walls and such. But now, we have to decide where to put the toilet, sink, and stuff in the upstairs bathroom, before we even finish the bathroom in the basement. Because once the plumbing is installed, it's too late. We are learning so much. At least I am!